With the release of OptIn Comments, it was a long hard struggle to get it created. I actually started working on the script on my own, making the concept of retrieving the information from a primary form and submitting it on a secondary form. The stress of making and reading about PHP was a hassle. I finally had the basic concept of the form and now I need it tested for WordPress, this is where the trouble begins.

My first reaction was to use Elance for this project. I went ahead and posted the project on their stating I need my script to be compatible with WordPress. I got an offer, accepted, and now I waited 3 days for the completion. Yes it worked! I tested it and found a couple flaws such as:

Brought it back to the developer on Elance and he worked on it, 3 days later I got the update. Tested, nothing worked – the script was even sending the email campaigns more than 1 with just 1 submission on a comment.

I complained, he said he would fix the script – 1 week later I receive the script. I was agitated since I had to wait a week. Downloaded, tested, nothing! I was now more annoyed that I asked for a refund. This lead to bigger arguments, email bashing, and contacting elance and paypal on this issue. Luckily I got my refund, but only half. His reason “I have no money and paid my workers,” that is your problem – download QuickBooks or Microsoft Money next time!

Poor communication, arguments, misunderstanding of concepts lead to 2 months of poor results. I wanted to actually release this script on my birthday, early September but now it was pointless. After all the arguments and pointless banters I decided to take it up with Elance and PayPal.

After Releasing some Steam

I decided to just talk to one of my JV partners on messenger. I am currently working with him in beta testing a new publisher version for blog advertising and website concepts. The system is on my blog as I write. I told him of my issue and yet and behold he is a programmer/developer, which for some reason I forgot.

He said he would do it for me no problem. Literally 2 hours later, I got the updated version and I was putting it in test mode. I requested a couple changes here and there and he changed a couple things the damn outsourced developer did. When I looked at it it was more clean and straight to the point user other tables that were already created by WordPress instead of creating more tables for the same purpose.

I was very excited that my small project was done in less time than a developer that I paid overseas! This taught me a lesson, use your resources.

When I started blogging I gained a lot of friends from just interacting and sharing my input. This gained me a lot of new resources. Networking is very important and helpful, especially in the blogosphere. Everyone has inputs on what they think is the right thing to do, these are merely inputs and opinions that worked for them or hard facts which they provide. Blogs are simple networking sites, helping one another with problems or issues.

I was glad when an issue came up I was able to vent out to a marketer with the same train of thought as mine. Knowing this issue he has decided to help me with my situation that I am in. I was grateful.

John Chow has created a great post on how much you give.

Donâ€™t get me wrong, I like buying fancy sport cars as much as the next guy. However, in order to have those fancy things, you have to give first.

This is something many people have a hard time understanding but it is a universal truth.

It is a universal truth, karma. I do this a lot – I tend to just give advice to others that asked. I once helped a dating website with their web design, later to be rewarded with a paypal donation.

Networking with others by simply providing each other good information can give you a boost in any type of niche marketing. Be friends even though you can’t go to their house to play Halo 3. 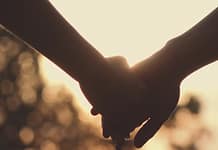 eMail Marketing is About Relationships, Data on Promo Offering eMailing