So yesterday was the last day for one of my best affiliate promotion from NeverBlueAds, PersonalizationMall.com which paid 9.75 per lead. I was kind of sad to let it go and see it go, it is now obvious the month of December is coming to a close end. I just wish every month was December, but some of my other non Christmas campaigns are doing well.

Since yesterday was the last day of promotion for the specific campaign I mentioned, I kind of prep my self for this day and want to show you a new affiliate network that I recently started with. I recently started playing around with LinkShare and guess what they have PersonalizationMall.com within their network. There is a difference NeverBlueAds pays per lead while LinkShare pays on a percentage basis.

This kinda of brought my spirit down just a little because I think I make more money on a per lead basis, which is why I think NeverBlueAds is so popular. LinkShare and ClickBank work on a percentage basis, but ClickBank percentage commission are higher than LinkShare. With PersonalizationMall.com LinkShare gives you 15% commission on the final sale. Well after a couple days of cloning my Ads and converting it to a LinkShare link, I saw sales. The commission would have been higher with NeverBlueAds if it was a per lead basis but since LinkShare is commission base I earned on the final sale.

So I started to play around with LinkShare and Personalization Mall, I have been working and learning from Ms. Danielle as well and she suggested to work and take advantage of both networks and split test. Below are my stats for 3 days of work. I recently joined as per Danielle suggestion, it is too bad I did it late – BAH. But as you can see I made a total of $39.66 which is 15% of the total sale of $264.40 which were through 6 people with a total of 10 items.

Though I am happy I already started to make some money with LinkShare via the popular personalize mall, I think I would have been happier if sales went through with a per lead basis. I am not crying, income is income but it just bring my spirits a little down, sighs.

Well I video rambled about it and here is the video. This is something to think about. I will continue to use LinkShare and PersonalizationMall.com to make sure I take advantage of the holiday season. If I took Ms. Danielle advice earlier maybe I wouldn’t be rambling about this? Since money coming in from both networks would easily please me.

What do you think is better a percentage base commission or a per lead commission? 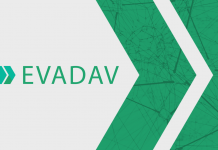