Today I have a great knowledgeable guest post for your weekend. This post is by Juuso owner of Game Producer and Business VooDoo.

In his post below I like when Juuso discuss about creating interviews to generate traffic. I will be doing this soon and in hopes to generate interviews with popular internet marketers that I would like to learn from as well.

His input with generating traffic in such a short amount of time is very good with retrospects that these strategies are all written on the internet, but Juuso puts his own learnings into this post, which makes his techniques unique in every way.

I’ve been reading these forums more than writing so I thought to add some of the lessons I’ve learned in building traffic. My site GameProducer.net is a daily game production site where I want what I’ve learned about making games, marketing, being entrepreneur, and so on. This post is over 1200 words long, so hopefully there’s something useful for you in it.

I think one of the key things that contributed to traffic growth was setting a goal. I remember looking at my site traffic in the first days and I saw only handful of people visiting the site. I looked at the number 37 and I said silently to myself that “this is not good enough, I want the traffic to be massive”. Back then, 10000 monthly visitors seemed like utopia to me. I thought it would be impossible to get 10000 different people to visit my site. I mean… there’s like billions of websites out there, why they would want to go to my site? I decided to forget the “why” part for now, and just keep my goal “10000 visitors per month”. I think that’s the first lesson. Where ever you want to go, you cannot get there if you don’t know where you want to get. Don’t think so much “if you can get there” or “how can I get there”. Just decide WHERE you want to go for now, you can figure out later the rest.

Some months after the initial launch I got puzzled was the way to count traffic. I tried different system and all stats software game me different results. I decided to stick with Google Analytics since it gave smallest numbers compared to AwStat or others. I wanted to be sure that my goal would be met no matter how you calculate visits, and since Analytics is a fine system I decided to stick with it.

I read sites like problogger.net and one major hint was mentioned in many places: update your site daily. It sounded something I could do (since I like to write) and I thought that word “daily” would make me different compared to other sites: those gaming sites that were updated only few times per week or month. Some people recommend updating your site several times per day but I thought to keep it 1 post per day. So far it seems good for me. I really think that if you don’t enjoy writing, then there’s no point trying to update your site daily. You have to enjoy it, or people will see it. Nevertheless, I think that keeping site fresh – by updating it daily – was major contributor for getting traffic.

Focus on quality (unique) content and providing value. This is important. If you have nothing to say, say nothing. Make sure that your content is somehow useful to others. My best interest is in practical tips & hints, so I focused on giving those. They might have been small hints like “use forum signatures” but not everybody is a professional, and you have to learn these lessons somewhere. I decided that I would focus on writing practical hints & tips for game producers (and since game producers need to know marketing, it was natural to write about it). The majority of my articles are totally unique written based on my own experience. Naturally I have news items and quotes from other blogs, but even then I try to give my personal touch when telling about them. For example: one guy (on other website, not mine) wrote an article where he listed “10 things about something”. I told about this article in my site, but instead of quoting directly I gave link to the article, wrote the sub-headlines and commented how I felt about these lessons. Like for example, let’s suppose he had said: “Lesson #3: Company X sucks because bla bla blah” then I would have written “Lesson #3: According to him Company X sucks, and I agree that Company X made a mistake in this case but I still they have good products N and M”. This way I could provide unique content and tell my own thoughts rather than just quoting directly that “one guy made INTERESTING post, read here:”. Providing value and unique content helps.

Sales statistics: look whatever profession there is and you can rest assured that people will want to know “how much they make money”. If you look at blogging, some people will ask “how much can you make with blogging”. If you look at celebrities or professional sports athletics – somebody is asking “how much are they making”. People want to see how much different jobs can pay. I knew this since I had asked the same question myself years ago. I decided to start putting sales stats of different games in my site and this worked well for all parties: those who gave sales stats got visitors (and some even purchased those games, so they earned some money), my site got traffic since people like to read those sales stats and lastly the readers got what they wanted: answer to question “how much money games can make”. Whatever site you have (whether it’s about blogging, writing, selling shoes) there will always be people who will want to know how much somebody can make in blogging/writing/selling shoes or whatever your site is about. I know that developers talk about my site and direct other people (via word-of-mouth and otherwise) to check those stats.

Interviews: this is another good way to get traffic. I have made some interviews with major companies in the gaming business (and I’m adding more). While this takes longer than “normal articles” these have been one key reasons that cause other sites to link to my site. Major websites are interested to hear interviews. Let’s suppose your website is about marketing. Can you get some marketing experts to give you an interview? I’m sure there’s always somebody willing to give you an interview if you briefly explain what your site is, how many visitor it gets, and how the interview would benefit the other party. You might even give some incentive (like monthly link, banner ad or money to get somebody to talk). I never given links, ad slots or money to interview people since I know that there’s people who will be glad to get interviewed. While some people have rejected my offers, I have got interviewed by some major characters in the gaming business. After you’ve got one major guy to be interviewed, it gets easier to get new interviews (since you can then mention “I’ve interviewed CEO of company X and the link to his interview is <here>” – this is almost like a testimonial for some companies).

Promoting my site using news submission, forum posting and via press releases. Writing quality content no good if nobody knows about it. I submitted some featured articles (like interviews, new sales stats and some other) to major game sites and got lots of traffic from them. I also posted to several gaming forums. I also made some press releases. All these actions helped a lot in building traffic, and all of these are free to do. They just require some time, but are priceless when it comes to building traffic.

Then some other tips & tricks that might have had impact. I think you shouldn’t fill your site with ads because I think that might be a barrier for some people from visiting your site, or telling about your site. Some people are “selfish” and think that “because you have so many ads, I won’t tell others about your site”. I think ads are okay, but I also think that you shouldn’t clutter your site with them. Other factor that might have helped is the fact that I founded a company. While owning a company is basically just having your name on some paper, many people regard “company owners” differently than “some dude’s” blogging.

Bottom line
In summary I could say that providing value along with setting a goal is the key factor to success. Unique content like sales stats and your own articles, interviews, promotion (news, forums, press releases etc.) will go a long way. 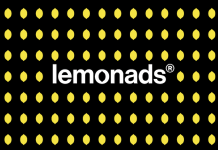