With the results of my TLA, I have learned a lot from other bloggers and authors that read my blog. It seems Google hates sites that purchases links to increase their site status, which I already knew. I think the reason why Google page ranks updates are behind schedule, very behind schedule.

Well I have been talking and have JV with a new marketer. Simon has create OIOpublisher, a “cut the middle man out” for paid posts, paid links, general advertising for a blog! I have gotten a great oppurtunity to interview him and the concept/future of OIOpublisher.

Simon, can you please introduce yourself to my readers and what OIOPublisher is all about?

Simon: As you already know, my name is Simon, I’m 21 and from the UK. I graduated in the summer with a Law degree, but have had an interest in web development and enterprise for the past 18 months or so. OIOpublisher was devised almost by accident. I was part of another project, and one day I went browsing the web looking at some ideas for it, when I came across a wordpress plugin that let people sell posts directly from their blog. And that got me thinking about enabling people to sell advertising directly from their websites, particularly blogs. I then started work on a wordpress plugin, and combined it with a marketplace to help advertisers and webmasters to connect, and am progressing from there.

I have personally installed OIOPublisher on my blog and I have liked the results it is automated perfectly for the blogger! Why did you think of an all in one product, since there are products out there already that are very similar? What was your goal when creating this product?

Simon: When I started thinking about the idea, I did a little research to see what was out there. I found that in the case of wordpress, there were really only 2 scripts out there that even approached the idea I had in my mind, but neither was complete enough to really make much of an indent in the market. What I actually found was that existing solutions did not cover everything that was necessary to be successful, from my point of view. Even OIOpublisher is not at that stage yet – but it is getting there. My goal is to create an all in one solution that is simple to use, covers the sale of many types of ads directly, but at the same time does not leave the blogger isolated. The middlemen advertising services do provide that needed connection between advertiser and publisher, which is why I wanted my solution to be able to emulate that functionality. Hence I created a marketplace, and an API to connect users of the plugin to that marketplace. The fruits of that labour won’t be realised for a while yet, but I know that they will be a future asset.

With selling ad space on blogs, how do you think you can compete against ReviewMe, Text Link Ads, Pay Per Post, TNX, etc?

Simon: That’s a tough one. The simple answer is that to compete with them, I have to make sure I adapt to what both advertisers and bloggers actually want. The big plus potential plus point of zero commission taken by a 3rd party is that both advertisers and bloggers get what they most want. Advertisers get lower prices, and bloggers can make more money at the same time. Again, going back to what I said earlier, I think they key to success lies in being able to offer a direct selling solution on the one hand, whilst still having the convenience and cohesive force of a middleman service. I’m not going to say I’m there yet, but the foundations are in place, and along with Patrick (the marketing arm of OIOpublisher), I believe we have a good future strategy in place, to fill a gap in the market. Indeed, Patrick gave me the news just a few days ago that he has spoken to a couple of larger ad agencies who are interested in utilising the idea – the funny thing is that right now, its a lot harder to convince bloggers of the viability of the idea, than potential advertisers.

Also what differentiates your script from others that are actually selling their script, while yours is free? Was there any reason why you have set this particular product free?

Simon: My script is free because there is more to the concept than just a script. This is not just a direct selling platform, which you’ll see as I develop things further. In fact, the next thing on my agenda is to implement a jobs board, so that bloggers can start getting work from advertisers without having to wait for the advertiser to come to them. When they choose a “job”, all the needed info will get sent directly to their blog admin panel, and then when the post has been written, preview info will be sent back again to an advertiser’s account. The other reason for making a free version initially, is that I also want to make a pro version, which will be a paid solution. It will provide a number of extra features, still let everyone have access to a core set of features.

I saw you have bought a ReviewMe via JohnChow.com â€“ how was that outcome did it produce the results you wanted?

Simon: The John Chow review did produce a good early burst of traffic, as well as some useful feedback from his readers. Overall I was pleased with the results. It didn’t produce as many signups as I’d hoped, but then the development was at an earlier stage, and there weren’t the same number of features and benefits to showcase then as there are now. The one thing it did do was validate the concept for me, as people (including John himself) seemed very receptive to the idea. I think that with some sustained marketing in the future (which up to this point has not happened), combined with continued development based on feedback received, we should be in good shape. There is still a way to go.

What other features are you looking to add to OIOpublisher? What do you want your final product to be?

Simon: I think I’ve eluded to a few things already, such as the jobs board, but there are a number of other things I want to accomplish with it. An analytics solution for advertisers for example, enabling stats / traffic reports to be sent to those who have purchased advertising, as well as real traffic data for potential advertisers. I also want to expand the advertising options even further, to include banner advertising, as well as the ability to advertise RSS Feed snippets (the latter being your idea lol). Eventually, I’d also like to make the plugin more universal, so that it can be ported over to other scripts (I’ve had requests for Drupal already). Adding support for other languages would also be a plus, which is why I’ve loacalised the plugin by including language files. It’s by no means a closed list, and I’m always happy to hear and discuss ideas from other people – without feedback, I’m not going to be able to make it as good as it could be!

Besides, coding and blogging what other aspects of life do you do an enjoy?

Simon: Well, I don’t get much free time at the moment, but when I do, I’m a keen player of both squash and golf. I enjoy reading, especially anything by Isaac Asimov, although I don’t read as much as I used to (seems like there is never enough time in the day anymore). I’d also really like to get my pilot’s licence at some point, since I did a bit of flying back in school, and developed a bit of a taste for it! 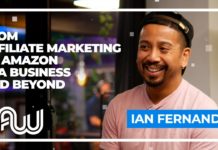 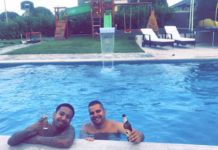