I have been reading and anticipating on Darren’s new layout, ProBlogger.net! His old design and layout was very simple and I enjoyed reading all his post and always returning back to older post for reference. Today I woke up and saw his new blog!

Its amazing, there are a few things that I do not like and many things I like. I congratulate Darren on a new move and the improvement of the site. I feel more relaxed at his blog it has a Starbucks feel to it. Upon entering you are greeted with a great new addition to Darren blog, a video post. In the past I have not noticed many personal videos of Darren and blog topics, but from watching his video he states he will be spending more time and creating more videos!

Let me talk about some of the attributes that I do not like about his new layout. First of all I was trying to find the new post that he would post on a daily basis. I found the featured part easily but was wondering where the recent post are. I thought it would be under the video because the layout is centered, but it is on the far left.

I really did not like that because the video stood out as content to me so I assumed recent post would be underneath the video. Being on the left, with such a small column I really do not like it because I simply ignored it and the fact that the column is really small with only about 2 sentences long for a short description. Maybe because I became accustomed to all the Team Blogs and the Ads on the left of Darren’s old blog that I just didn’t look there for content.

Another aspect I kind of disagreed was having his categories, recommended money makers, and his pro blogging resources all the way at the bottom. Again, I think I just became so accustomed to his old layout and being at the top that I wouldn’t look at the bottom for the resources.

But shouldn’t resources be easily accessible to the reader? I found it hard especially maybe for loyal readers as myself to scroll all the way to the bottom to look at resources and categories from his blog.

Okay enough about the 2 things I did not like. Let me talk about the things I loved about his new blog. The color is great! The combination of is just feel like I am at a coffee shop in a relaxed mood. His light mocha background appealed right away with the blend of his redwood and black logo. Almost like my color scheme! 🙂

Another feature I liked is that featured post at the top of his video of the week section. It just sticks out and puts a unique twist to the blog, I have not seen this a lot – but I have incorporated this wordpress feature on my new blog specific for reviews instead of featured.

The logo itself is very unique its very different, it seemed to me that the old logo was just a child and this new ProBlogger logo has matured and grown so fast! It shows that Darren has achieved multiple levels and is willing to do more to achieve more. A state of rebirth I guess you can say.

Also what I noticed is Darren took away the Adsense ads below his post and the mini 125 * 125 ads to the right of his excerpts. Usually there is a big 336 ad right below the post and just before the comments, now he has let that go as well. Maybe Adsense was not his biggest income generator on this specific blog? Another thing I miss is the images he posted to the left of his post, for example he is currently blogging about the 31 days to fixÂ  up your blog, and he would have a hammer image on the left of the post. It’s something small – but again I think I am just accustomed to his old layout.

I like that he has recent post on the far left when reading post as well, it reminds me that there are other multiple post that Darren does in 1 day and to other readers that may direct their own readers to his specific post.

The only old school about his blog is his Job Board, it seemed he kept it the way it is or he is currently working on it. Here is some of his workload for the next 24 hours:

There are still a few things that weâ€™ll work on over the next 24 hours or so including:

Speaking of his search, it did produce results but not as specific as his Google search, maybe it is still being worked on. I enjoy this transition Darren has taken to make his blog more attractive, easily navigated, and more eye candy to his readers. Take a look at Darren Rowse New Blog.

I will miss the new layout as it was a young ‘cute’ child and now has grown into a more mature structured adult. Darren my personal congrats to your new layout and I will continue to read on! 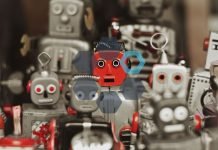 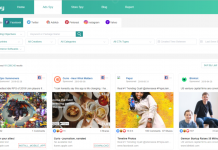 Neil Patel Gave Me Access to his BigSpy Ad Tool: My First Take and Why Ad Spying?