There seems to be a lot of changing that is happening on the internet lately. Darren Rowse changed his layout of his blog, John Chow is going to do the same tomorrow, Brian Gardner released a new WordPress theme, and I noticed today that StumbleUpon friends layout has updated as well. Makes me want to change my layout!

As you all know stumbleupon is a great traffic generator, as long as your content is great you will get stumbled! I logged into SU and found my profile layout was changed. Its more cleaner and more relaxed. The main section is like a feed layout, feeding you the recent Stumbles you have done. Here is a screenshot below:

Here are what some blogs have to say about the new layout!

Much of what was included in the drop down box on the classic look is now included on your main page and tabs with the beta version, such as the tag cloud. Thereâ€™s also more access to other users on the site, including those that have recently visited your profile. This adds more networking capabilities to StumbleUpon, and makes it easier to share content and make more friends.

Quite a lot of colour schemes have been newly added, which can be activated to theme your profile page.

I was playing around with the new interface and I have to say that I like it. It is IMO much more intuitive to use. It also looks much more organized and overall better and more visually appealing. For people who prefer the old look and feel exists the option to switch back to the old interface and back. I doubt that many people will actually do that.

The main difference between the two pages is simply the layout. With the updated look, youâ€™ll get more of a social networking feel, benefiting both yourself as a StumbleUpon user, and those that visit your StumbleUpon page. Easily access your Favorites, your messages, Friends, and Whatâ€™s New.

I personally like the new redesign and I hope to use it more readily. From the prior design I hated the design and I didn’t like it at all. It seemed the prior design was just put up because they were in a rush to design the web layout. This new layout looks like they took their time.

What do you think of the NEW StumbleUpon Profile Layout? 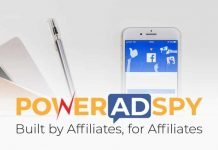