Getting traffic is important and the way you get traffic is important. Now what if you start with a new advertising network in hopes to get new traffic and rule over that traffic. Well you have to test the quality of the traffic right. Well the past couple days I been playing with a social advertising network similar to socialmedia.com.  BTW Adhustler has a lot of good case studies from Social Media and they are very in-depth.

So testing a new advertising network is important. AdChap.com is the new social advertising network I have been playing around with. I can tell you their service is not what they advertise. Also it doesn’t prove to give me any traffic, none – zitch!

Prior when testing new advertising networks you can get immediate traffic, like spending 100$ per minute on traffic. Unless your using adChap where it doesn’t give you any sort of traffic. I decided to use adChap because I want to monetize Facebook more, via apps or other ways than their traditional advertising model.

AdChap claims to advertise on Myspace, Friendster, Hi5 and other social platform but they only support Facebook and Bebo currently. I am unsure if their text ads appears on the other networks but their site does not provide any good information. I also hit them up on their twitter account and no response. I also sent an email to see how ads are allocated and what qualifies as an impression, no response.

I understand that my CTR is low but it is low on Facebook, I get an average .27 CTR with Facebook now but good return. Here I barely got any clicks! Maybe I need more impressions, when I hit over 1k I got some sort of click! Even then I think I should have gotten more impressions as well!

I wanted to monetize and gather more traffic from Facebook, so I figure to advertise with an ad network that advertises on social network. I did this because the ads on the sides may start to get some blindness. I figured why not try to get and appear elsewhere within Facebook or other social networks.

When I first started they allowed images, but small images similar to facebook standard 110 * 80. BUT when I first saw their formats, I thought full banners. Nope. It actually took me a good minute to figure out that they do not allow full banners. It is just image on the left and text to the right.

Their site was not user friendly as well. I couldn’t find any information I needed. Like banners regulations, how their ads are advertise, where they are advertise (for real). I think they just threw up a page with false testimonials, I mean they didn’t have a name associated with the testimonials!

AdChap was listed in a traffic source I have available and I decided to go ahead and test them out. First day I thought no problem no clicks I started mid day its just catching up. BUT the next couple days, no traffic or clicks. This is when I started to try to contact adchap, with obviously no response.

I wanted to know how they allocate traffic, because I only chose geo locations. NO keywords etc. Then this came to my mind, if they are just disbursing my ads, why am I getting very low impressions? I wanted to know some answers but were unable to get any type of communication from them, email or twitter.

If you are going to try out AdChap I say do not even waste your time, they don’t seem to answer anyone and their traffic sucks. They also just advertise on Facebook and Bebo. The texts ads I have no clue where they advertise on. Advertising on facebook has better results than this adChap website.

The worst part is you have to put in a deposit to advertise, which kinda sucks cause I want my deposit back especially if I am not getting any sort of results or assurance from the damn ad network. My deposit was small, but what if I put in a big deposit and gathering no results? 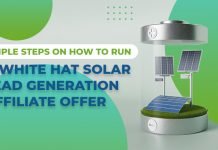