Today, I hosted another IANteract NJ Meetup202. I was not going to have one because I thought I would have no time to catch up on my campaigns and projects after Affiliate Summit. I actually got things fixed and done so I decided to hae one for January. I can’t start the New Year without a meetup!

This meetup had a lot more people and more new people. The new people were also new and some were also making money with affiliate marketing. One person recently quit his job 3 months ago and just recently returned from Disney World! Congrats!

This meetup was very interesting as it was again an open forum type of meetup and it provided a lot of questions about what the average EPC should be for an offer, what to look for, keyword tools, etc. Here is a pic of the first wave of people that came: 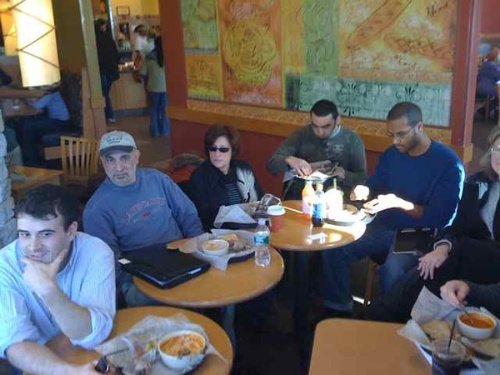 Readers drove from Montclair to meetup and many others from around the way. This meetup was very big and I am considering on getting a library room or something. There was a lot of good information and a lot of exchange of business cards.

More people started to come later and it got more interesting, my buddy cousinvinnie came in and he basically took over. The IANteract literally split into 2 section: SEO/email and PPC – vinnie had one part of the group and I had the other.

I helped and gave advice on Rohail’s landing page. I also met him at Affiliate Summit West, which was great to see another Jersey dude going to one of these great events.

Another great milestone is one of the regular meetup started their first campaign, though he is doubting the niche, I gave some pointers on what he can do next and saying failure is just a testing phase. Providing that positive feedback definitely help boost him to keep going. We also discuss osme posts I wrote and even started to talk about the census which I wrote yesterday.

By the end of the meetup cousinvinnie took over by providing great information on some SEO stuff, called siloing: 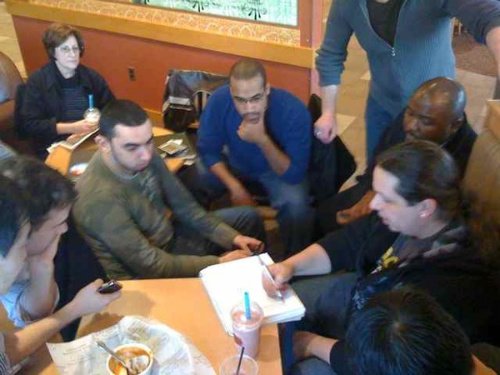 I do not really know too much about SEO stuff but he provided really great stuff about create a hub of information and ranking within hours on Google – really good stuff. At the end pictures taken and I was hungry, so I left while others decided to do some late networking.

The majority of the users were all affiliate marketers and definitely a great way to talk and find out how others are doing in our industry. Met a lot of great people and definitely will have to meet up again next month, if I am not too tired from my vacation this coming week.

But I definitely haveto find a bigger quiter place, we literally were too loud.