Meet market at Affiliate Summit is very cool because you get to hang out with smaller groups and smaller niche related business. This is a kick off to affiliate summit and it is always a new way to meet people and interact. I met a couple new people and a lot of my readers at the meet market and I talked to several networks about AFFpinions.com and what they would like to see in it. One network actually started to give me lip about how it goes against TOS, I obviously argued just because she thought she was cooler than me.

I also met the affiliate rapper von doogan from PPC.bz – I was thinking about doing a freestyle duo with him on video – lol. I met a lot of people there and just hung out for a bit, until later in the day and night.

I met up with Missy Ward, Shawn Collins, Brian Clark, Brian Littleton, Jim Kukral, and Zac Johnson. There were many more as well that I met up with, such as my readers and networks, I even met the player Mystery(I think my game way stronger…). Cool guy, that he goes to these events and trying to monetize his sites better, awesome how business interlace into affiliate marketing.

After the meetup I was tired ad had to get ready for the IANteract Dinner which was sponsored by Paradigm Visions Inc. I want to thank Erik and Sara and their company for sponsoring such a intimate networking event. I met up with my good friends and invited new. I wanted it to be a great networking event that is intimate where we all can network and talk about affiliate marketing and of course grub out. 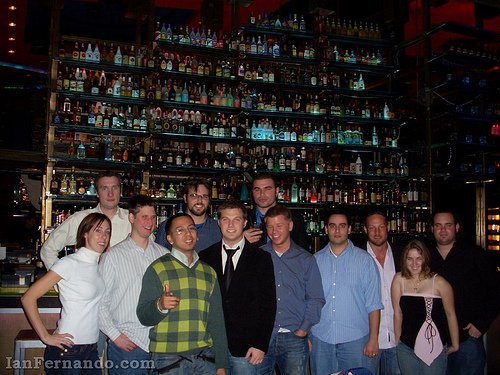 The food at the Rum Jungle was crazy good that one of a new attendee keep ordering more food, it was part of this unlimited dish platter. It was great to meet new people and see how everyone interacts with one another. Since it was more intimate we actually had a lot of time to talk about affiliate marketing business, how others got started, and how it is working out for them. Glad Paradigm was there to sponsor such an event.

After getting our stomach stretched, me and Ad Hustler started to go over to the Red Rock Mansion (over exaggerated) and meet up with Advaliant publishers and WickedFire members. I met up with Jivan and Geoff from Advaliant great friends of mine and had a good time. The mansion it self wasn’t really a mansion, I mean it was big and nice but I wouldn’t call it a mansion. Maybe because there were too many people, but it was nice.

There was an indoor pool, a big ass backyard, and like a ton of small rooms. I met up with Ruck and his team from Convert2Media, owner of datingloot.com, Nick Throlson, Bryn, Neil and many others. It was also cool to meetup with people that I met up with from past affiliate summits. 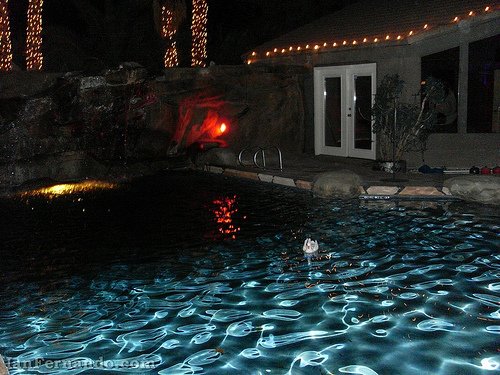 After the Red Rock Mansion, we decided to go out and go harder – we decided to go to the strip and hit up a ‘bar’. The bar was crazy fun and crazy a lot of money. I met new people there as well and met a new network there. It was interesting to say that strippers actually are not that greedy, if you tell them you are a spammer they give you the dollars.

I was done after that and knocked the hella out!