Everything in marketing is relevancy and with online its keywords. There is a lot of news lately about Twitter. Ashton Kutcher dares to be the first person with a million followers, CNN blasts out news to the quick, Shaq likes to meet up with you wherever he is, twitter is just growing too fast!

Twitter is great for social marketing, branding, credibility, and creating a presence. What about marketing, there is so much free traffic on Twitter! Don’t you wish you could somewhat leverage that traffic? Use it to start promoting your local restaurant, maybe start promoting affiliate offers to that traffic!

Like any traffic, how relevant is the traffic? Will it have a higher CTR? Will users convert? Well online marketing is all about relevancy and all about keywords, more targeted the better the leads and quality of the traffic will be. Today, I want to introduce you to Twitter Snipe!

Have you ever used search.twitter.com? or ever use the find people search within Twitter itself? You enter a keyword and it pulls up users that are stating a specific term within their conversation. Can you say these users are pretty relevant that are mentioning your keywords in a conversation?

If you know a little bit about conversation marketing, you know conversation are related to the person themselves, it is interests. If a user is mentioning your term that means they are somewhat interested. It makes sense to find followers that are mentioning your brand, your company, your niche, because that is your business.

Comcast has been very popular in taking and using twitter to stop bashing and using it as a customer support help line. They simply just do a search on comcast, read that person’s comment and see if that specific user needs help. This stops negative bashing and they attack the source right away!

In the past especially with when I created Twitter Banking, I needed to add followers because the more followers means a good percentage would click on a link. So I really bought a follower which just adds users from the public timeline, irrelevant users. At the time I was just playing with Twitter Marketing and I was earning from Twitter, but scaling was my issue. So I needed better relavancy and huge follows. Twitter Snipe was born for just private use.

Now I was able to scale and find high responsive users and relevant followers. It made it easy to promote anything to these users because they had somewhat of an interest in what I had to say. Why? Well I targeted then when they mention a keyword, they were interested at some point. It is almost gathering an email list except on twitter.

Enough about that Twitter Snipe just Launched, Sam and I are really excited about this system and there will be huge benefits for this product in the future! 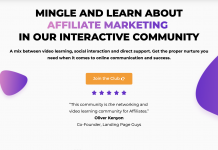