First day of affiliate summit turned out to be a great day. It started out with the meet market which turned out to be a good event except I found that there was 2 rooms in which I didn’t think that made sense. I assumed they are trying to fix the traffic issue from the past Summits but I think the way they organized it was way more messy.

Well anyways the meet market turned out to be a good venue. I talked to several new users on their services and I found one that was really interesting. I met up with a bunch of people and found new people as well. It was a best way to meetup with everyone in the industry. I actually enjoyed meeting a bunch of new people and readers.

As well as close friends in the industry. 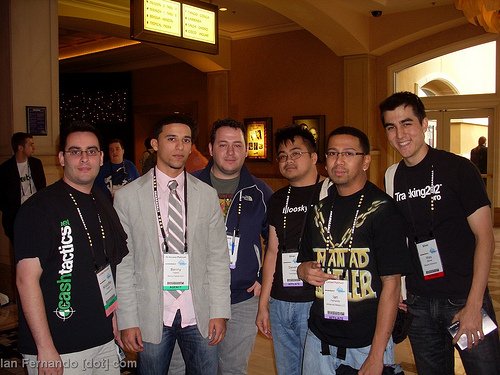 After the meet market I headed out to have lunch with Cashtactics, Benny, and Bloosky. We went to a sushi place at the Cesar Palace and it was some good food. Benny on the other hand was super lost on what he wanted to order. I want to thank Naomi from Bloosky for taking us out to lunch yesterday.

While at Ceasar’s Palace I was a tourist and found a ‘person’ that was doing the international Ian Fernando pimp point. I had to do something about it and I just too a picture with him. 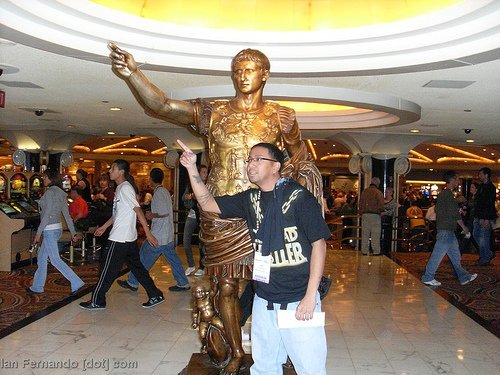 After touring with Bloosky and just chillin we headed back to the Rio and I was dead tired and I just went back to the meet market to see what else was going on and just decided to just go back to the Rio. I charged my iPhone for the 3rd time that day I think and just relaxed till the IANteract Dinner.

This IANteract dinner of 2010 was held at Craftsteak in Las Vegas. The food there was amazing. We had some issues in the beginning but it all worked out and want to thank the staff at Craftsteak for resolving the issue in a timely manner.

The food was amazing good and definitely a great mix of flavors. The selection Ryan and I had chosen was amazing from start to finish and again Craftsteak was definitely the place to have a great steak. 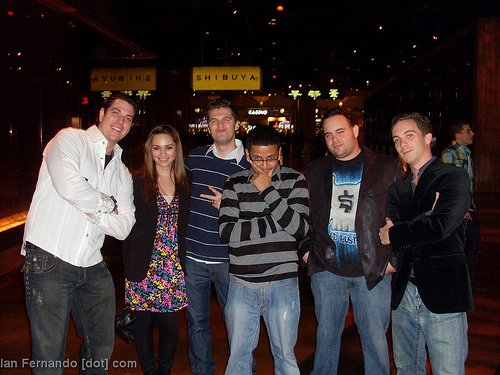 After the dinner went out to the PPC.bz party and yes it was the jumpoff. I met a bunch of twitter followers and readers of the blog. It was great talking to everyone. I hope to re meetup with them later and continue our conversation in a more quite environment.

After the party I was hella tired I just headed back to bed. Today will be more of a fun day and I have a lot planned already.

Until the next post of Affiliate Summit West Twenty Ten edition.