I don’t know if you already know but Ryan Eagle own 2 networks, Blam Ads and EWA. Mr. Eagle is also an expert at grinding on the net. This dude is a very recognizable person on the internet and with 2 networks on his belt, he is a very successful person online.

With 2 networks on his belt, his network is getting a lot of attention, especially BLAM Ads. His method of promotions, direct banner buys. Since I am seeing his banners everywhere, I decided to just study his method of banner strategies. I found out why his banners are so attention hungry because the Eagle make sure they grabs the attention of the end user.

Not only does he brand himself in some banners but some banners users actually take the time to interact with. Even though users are not directly going to the website, there is a branding perspective going on as well.

I am going to break down some of the banners I have seen all over the internet.

First is the button ad, which I get consistent emails about. This specific button get so much attention some blog readers contact me and tell me that it is annoying. The amazing part about this is it is consistently catching the end users attention.

There is no context – it just spins 360 degrees over and over. So this specific banner button get the attention by the bright colors and its repeated rotation. The purpose of no text is to create curiosity. Seeing what the ad is about users will click on it. It is an interesting button ad of a skull just spinning, for what? That is the reason why it gets clicks and attention.

Next are some sets of 728 x 90 banners which consists of mostly text. These sets of ads are either static of they are animated. The top 728 banner animates with some information and Blam Ads logo.

This banner is dark but it works to the texts advantage. It makes anything in the banner stick out more, especially if the colors are bright and are bold. For example Eagle starts with white fade text with this banner, then goes into into bright yellow/orange. It then flashes into a description of what Blam Ads is and their logo.

The strategy of this banner is to grab your attention by “What does Rest in Peace to the Competition mean”? It also flashes bright yellow/orange just in case you missed it the first time. Then it goes into a quick comparison description, meaning it make you wonder why you you are working with the other networks.

The last part of this banner is it has the skull logo and bullet points, giving a quick benefit to the end users. Great way to end the banner flow for the person looking at it. It starts off with curious -> why -> benefits. A really good banner flow strategy. Creating curiosity for the end user and then making them realize why they are not working with Eagle in the first place, and concluding it with benefits.

This is a static banner and is just straight text. There is just 2 factors to this banner but definitely gets the attention because of the colors and the way Eagle works the copy in this banner.

Eagle first gets your attention by the colors and borders. It has 2 primary colors red and blue. These 2 colors are primary and it is the most recognized colors throughout the internet. So this makes this banner very visible because it isn’t blinding. Also this banner isn’t a full image, it breaks. By breaks, there is text in it – acting as if it was a paragraph. The white space improves the banners visibility since it will blend with anything surrounding it, but also gets more visibility because of the border and colors.

Now the text is the amazing part – ad copy is the key to this banner. He is following 3 concepts to actionable ad copy: What I have, What it will do, What I want you to do.

First he introduces himself then talks about Blam Ads and its benefits. He gives you a reason why it is the best content locking system out there and then tells you to join. It perfectly flows together and it is a quick fast read for the end user. Eagle definitely knows how to get the user to flow with the banner, even with text.

This last banner is also static and very simple. It is just text with a negatory influence. Just reading the banner is a bold statement, asking yourself why – then ended up clicking on it. It is a quick banner that requires a quick action. The banner is bold and is going to be bigger than any text on any website, breaking the traditional style of a website.

If a new user or repeated visitor visits a blog, the style or organized design is broken by this ad. So the end users’ brain looks at what is broken, reads the statements, then mentally ask why. This simple design is a powerful ad in itself just because it forces the brain to recognize it, since it is out of place within the website.

These banners are very simple, but have a lot of mental influence on the end user. Colors, words, web site structure, etc plays a big role in how Eagle is designing his banners and placing them on sites which will have the highest eye balls to see. He also isn’t just creating more potential affiliates to his network but also creating brand recognition.

The strategies mentioned above are very simple, but combining them and understanding how users react plays even a bigger role. For example banner flow is very important and not everyone does it. Colors is another great influence, but most designers rather have a pretty banner than a high converting banner.

Look at Ryan Eagles banners around the internet and see if you can spot other influences he is doing. 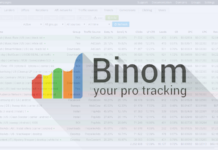