This past Saturday, the 25th of May, was a full day of learning from some top publishers and companies within the performance marketing space. As you know I have been on travel the past week in Spain. I came a bit earlier than usual as I wanted to explore Barcelona before the Mundo Meetup. Then Saturday came along and the knowledge started to pour in.

These small meetups are getting popular as more and more recognized affiliate networks are growing. I have been to the Ndemand, Adsimilis, Ads4Dough, and now Mundos Meetup. I believe Mundo has a greater European reach and the reason why they wanted to have a European meetup. I have meet a lot of new faces to the industry because of Mundos meetup. I also met a lot of my readers via this meetup and as well as users of OfferSnitch.

It is great to see users who use your tool and congratulate you on a resource that is needed in the industry. The same goes for my blog readers as well. I was definitely surprise but it goes to show you that these private meetups are meant to be for top players in the industry. It  isn’t a typical meetup.com meetup, it is almost like a cult of marketers who already make money and who are willing to share tactics to a closed group of like minded user base. I also got to meet with some of the UK marketers that I follow such as Kieran Gill, which was a great way to find out what he has been doing since the Clickbank days.

On to the meetup! Mouf basically was the moderator for all the panels of this meetup. The panels consists of Mobile, Media Buys, Dating Niche, Tools and Technology, and adult traffic. 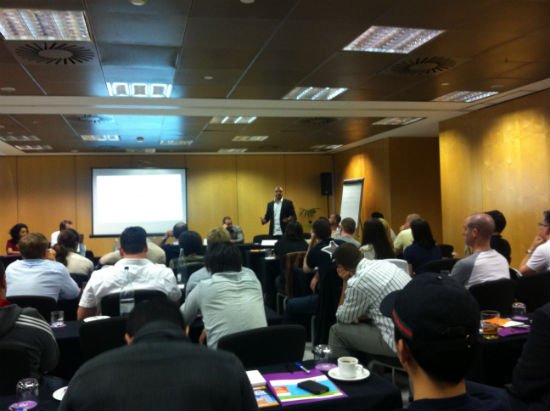 After a full day of education, we all left and regrouped back again later tonight at Dusk to watch a German soccer game. It was great to see everyone in a relax mood while having a beer because at night, it becomes a wild marketers party! Here are some of the pictures form the meetup.

Images from Dusk Bar in Barcelona:: 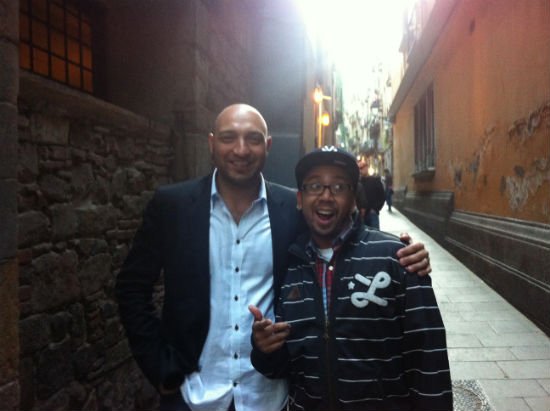 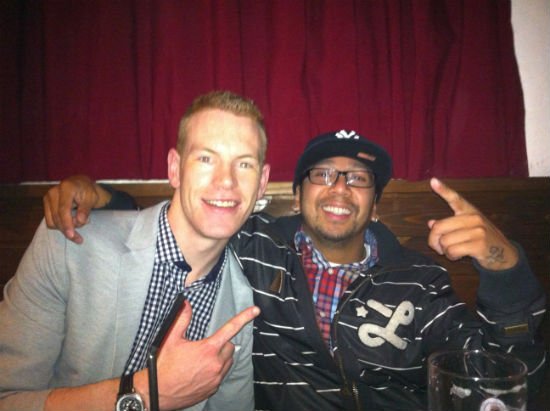 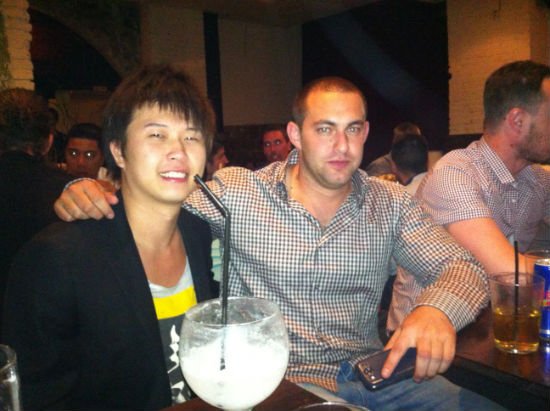 I want to say there was some great take aways from this meetup, I know I took at least 2-3 things away from it. Also I met some new people who are on the same path with technology as I am and may have some new partnerships going in the future when it comes to technology for our performance industry. I also met some traveling affiliates, who just took 3 months to travel and work at the same time. That is awesome. Traveling is such a great experience and a great way to take a break from everything but still being able to provide yourself the freedom you want.

I want to thank Mike, Fraser, JP, Moufid and all of Mundo for allowing me to speak on their panel as well. The panel I was one was about technology and the changing environment of our space. It was a great conversation among other tech affiliates who has developed tools for themselves to make their marketing campaign better.

I myself have been in Barcelona, Spain already a week and I am taking another week to explore 3 more cities. Make sure you follow me on Twitter and Instagram for constant updates.

Again great job Mundo Media for a insightful meetup and as well as the 4.1 liter of alcohol!