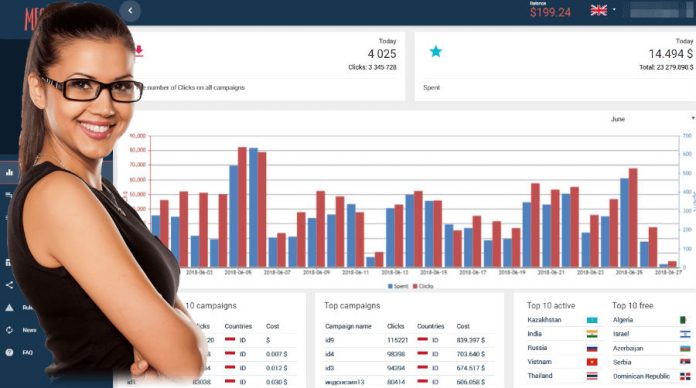 Here are the results of my full test on MegaPush. I am going to show my results of the full test on a $100 spend. This is a test campaign to see if the traffic could be utilized to be profitable. In the end, it can be.

The niche I started in was Dating, I utilize a direct link from TopOffers affiliate network. Later in the campaign, I decided to split test their smart link technology as well. One did better than the other.

Here are some quick stats on my daily revenue and how the traffic interacted. I will break these stats down into 4 aspects. So you can understand my thought process on this test. 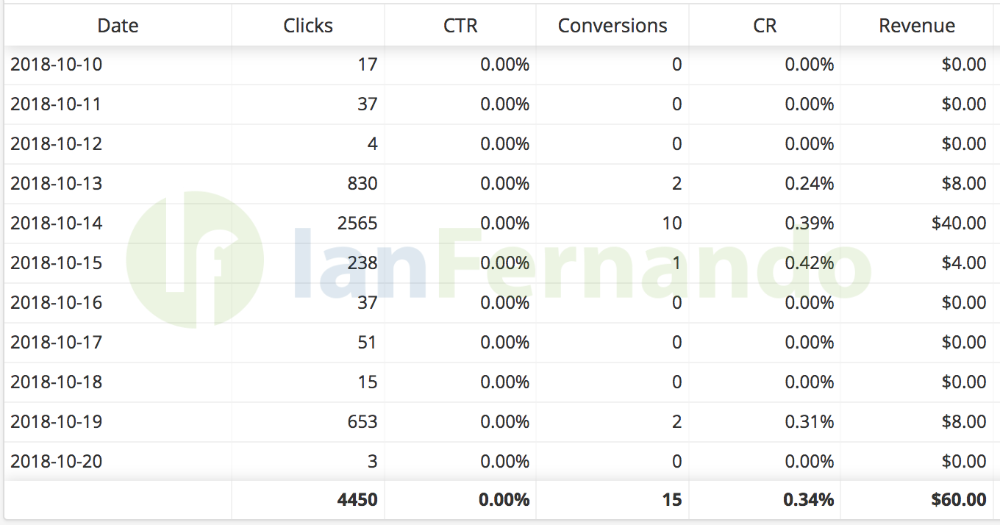 I launched the campaign, using just 1 direct link to a specific offer from TopOffers. I easily set the campaign up only targeting:

Traffic was very slow, I didn’t know what was going on but I assumed it takes a while to be queued up in their system. The bid was set at .02 as well which was their minimum. The first 24 hours of the traffic source proved to be boring.

Now it got interesting. I received some conversions, I waited another 24 hours since the traffic was minimal. At this time I spent just under $20 and received 2 conversions at $4 each.

After this, though the traffic died severely. I received only 238 clicks the following day with 1 conversion. These days were the day where most of the traffic came in and converted. Also in between these 2 days that traffic came in, I also decided to optimize by:

Also at this time, I rotated smart links in via TopOffers and its smart link system was converting roughly between 54% to 60% over the direct link I was using. It still seemed an even matched between the original offer and the smart link.

I dug deeper into the probability of hour by the offer and by feed and those results are interesting that I will end up continuing to test it to be profitable.

After the changes I did above, the traffic seemed to just die down. I asked my rep what was going on and they looked at my campaign and told me some things to adjust. I adjusted my feed, increased my bid more, at this time I decided to turn on mobile.

Since this was a small test, I didn’t want to create an influx of traffic. I wanted to play around with the traffic and get used to its platform. By doing this it allowed me to learn the traffic, understand how their feeds/filters work, get a good sense of the probability of traffic, etc.

Interesting enough it took 3 days for traffic to catch up. It was the same 3 day wait period when I first started with MegaPush.

I think when the campaign resets or any changes are applied it gets pulled out of the queue and then put back towards the end. Not really sure yet how it fully works, but that is my assumption from this small test. I will have to continue to push traffic to see how it really interacts.

So after the new influx, I received that quick influx of traffic and some conversions. Interesting enough, opening it up to other feeds and turning on mobile resulted in the quick burst of traffic. At this time the budget ended and I was happy with the results.

Final Conclusion, Will I Use MegaPush?

Here are the final results:

I am actually pretty happy with the results, though it didn’t produce an ROI. I am going to play around with this further. This was only a $100 ad test and there is potential with this traffic source.

Here is a screenshot of the dating offers which converted via TopOffers:

There are a bit more optimizing and probability testing to do but I see this as a viable traffic source to use. I didn’t do much testing on ad images, ad copy, or utilizing a landing page. I posted some of their case studies when I wrote an intro post about MegaPush, so I utilized what others were already using.

With other options to test, I am going to add a landing page, test another country, test more ad images, adjust copy a bit, and do more probability testing.

In the end, def interested in doing more push traffic and testing with MegaPush. I will be talking with them to figure out how their bidding system works in depth. As well as playing around with their feed filters as well and spying on others offers.

At the end of the day, test!