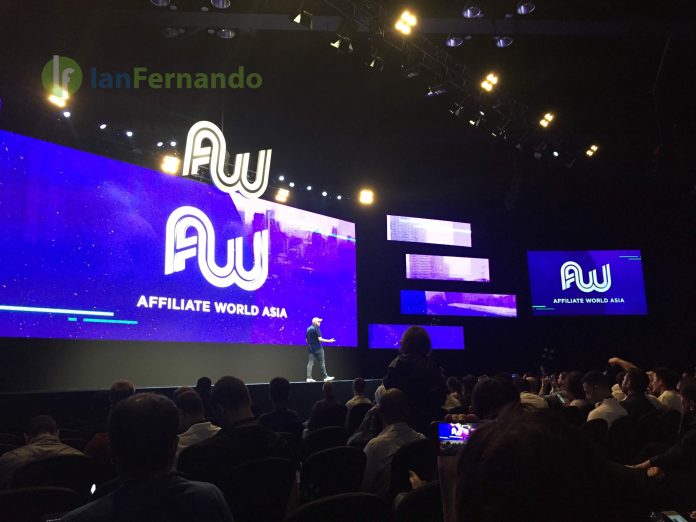 I just got back from Affiliate World Asia, Bangkok, Thailand. It was another great show put out by the iStack and STM team. Currently, in Ho Chi Minh City, Vietnam and I am going to post what I took from this event.

I have written about Affiliate World in the past before and there is always this unique experience because they keep improving. As true affiliate marketers that are conversion driven, this event real user conversions with new tech.

When you walk into the conference, someone is scanning your eyes – errrrr – QR badge and an image of yourself will popup. How?

When you pick up your badge, a photo is taken on the spot. Then when your badge is printed it generates a unique QR code which associates it with your photo.

The scanner person, now looks at your pretty face and compares it to the grainy picture on the screen and says YAY or NAY prior to entering the event.

When you walk out of the event, you get scanned out as well. So this eliminates the potential of just passing your badge around. code for the win. I think it is more to eliminate fraud and measure interaction the speaker topics.

So Lorenzo, want to break this down for me? What did I get right?

Since I enjoy data, I assume they want to see when you get in, see your engagement with the speaker then see when you go out half way or till the end. All that data will be useful for the next show they prep for.

Grand Society is a private event. at these events, it is fairly small due to the type of members that are invited. This year, it seems as they allowed more affiliates to join or that more and more affiliates are just making more money!

I saw members of STM here as well as the speakers of Affiliate World. I got to chat it up more with Manu from WTAff.co as well.

Grand Society provided food and drinks for the private invitees, a nice cool band smoothed out the warm skies as well as a mini session from some speakers.

What is always impressive for me is the actual format of the show floor. This is the only conference where the show floor is super organized or optimized. Every other conference there is a sense of elbow engagement with people walking. There is no elbow flirting at all at Affiliate World.

The thing is also these booths are also smaller than the rest of the conferences I have been to in the past and yet not as crowded. Not sure if it is the amount of space provided, the open canvass of the floor, or just the type of marketers at the event.

Affiliate World, is the only event where it has meals, coffee, interaction on the show floor – (massage stations, mini meeting areas, interactive photo sheesh) You can literally stay at the event all day – network and eat because Affiliate World wants to try to keep your engagement in the conference.

It is the only conference that focus on engagement between users.

This year with the growth of eCommerce, Affiliate World became more like eCommerce World Asia. Most of the speakers (that I went to) mentioned eCom, Amazon, Shopify in their talks.

The strategy of the traffic has also become more entangled because we are moving into a world of more interaction. Gone are the days where you throw up an ad and conversions happen. Now we will need to combine sources to create the conversions.

There were only a couple sessions I went to. Some sessions were , but not sur if I am just an old dude in this affiliate game. So for me, it was good, but the content was pretty solid for new users, everyone seems to enjoy it.

There were some new strategies that I saw that was really impressive. Example the landing page above as a very unique trick to it. Let me know of you figured it out because it definitely helps in conversions.

Being Called the OG of this Affiliate Game

That being said, this year I have been called the OG of affiliate marketing. Several marketers came up to me and stated I am the only person that still attend these shows.

Which is probably true, I haven’t seen any original affiliates attend Affiliate World or maybe I am not going to the right ones either.

Affiliate World is the right affiliate conference to be at, btw.

I was honored to be recognized. Since being in this game a long time, still surviving and not being a guru etc gives me appreciation for this space. I just love this industry.

Thank to all that read this blog!

The meat of this conference is the networking. I spent most of my time with meeting networks that I worked with, finding new traffic sources to test, and reaching out to new potential clients.

The last day I had back to back meetings, extending my schedule for random meetings as well. I think my voice is still recovering from all the chatter.

Going to these conferences I am more interested in rekindling and creating new connections. It is important to me to make sure that I am reaching out and showing my appreciation for their business.

But the atmosphere of ‘hustle’ is easily found at this conference and it shows in the people who are networking. The of deals that are being made are prob pretty damn high. I even made some new connections via their Affiliate World mobile app!!

Yes, there are fun events such as the beer pong competition at Affiliate World, AdCombo 5th Anniversary, Facebook Ad Buyers Meetup, Bangkok Bash, etc – so there is a lot of ways to party and network – you chose your style of networking.

One aspect about Affiliate World, is they treat every affiliate like a family member. Their last gathering of the event shows this family-oriented style. After the speakers’ session lets all have dinner, drinks, and play some pong.

Affiliate World makes being an entrepreneur and networking a special, amazing event, with always something to do and optimizing the users to interact with each other.

From always advancing their tech to the show floor – Affiliate definitely does more than any other conferences I have been too. Just from improving itself to making sure everyone benefits from its event.

See More Affiliate World Asia Pictures
Sorry, I turned comments off - Read Why - Send Me a Message Instead 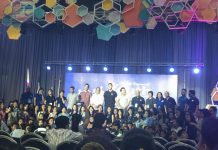