Late last week I was in Florida to get away from this grazzy Jersey weather. Ryan from Elite Clicks Media has gotten in contact with me at Ad-Tech NY and followed up with me after. He mentioned he wanted to get me out to Florida to meetup with his team and his new partner, Kevin Harrington.

It was very last minute when it was planned, but I manage to fly out and meetup with Ryan and Greg at the Hilton. After a quick 2.5 hour flight from Jersey to Florida, we all went out. I left Jersey at 8pm and arrived in Florida a little after 10pm.

Once at the Hilton I got comfortable and Ryan told me we are going to go out. So I prep up and got ready to head out with Ryan. We went out to a lounge and met up with Greg. 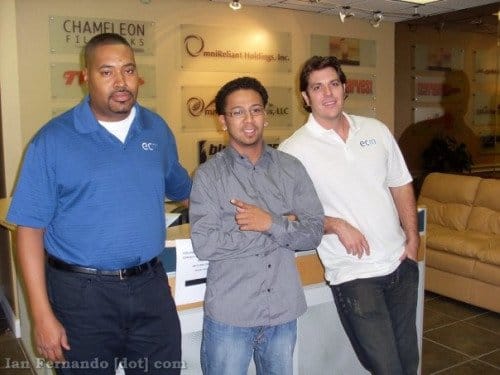 The funny part is I knew Greg prior to him being with Elite Clicks Media. I was going to buy one of his info products and re-brand it as mine. His info product was really informative with a lot of good breakdowns of his strategies. But anyways…

We headed out till the place closed and I met one of Ryan’s good friends which owned the place and just treated me with great hospitality. We had a nice VIP section overseeing the whole place.

After the night we just headed back I was tired from the plane ride and pouring the weather. So the night ended real good. Thanks goes out to Greg and Ryan’s friend.

The next day we went out to check out Ryan’s new partners office and studio. While I was there they had a live videoing of one of the prospects from Shark Tank . He was one of the users who wasn’t broadcasted on television, but now his dream is realized. 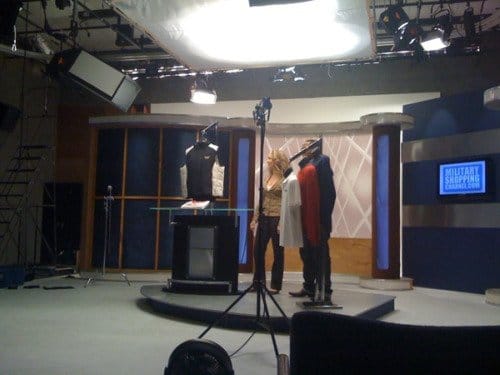 After the live taping we went out to grab lunch.Ryan and I discussed the future of affiliate marketing and our industry. He shared his vision on what he wants to create and how he wants to reach his goals. Big props to going extra big.

After a good lunch we headed back to the studio and we met up with Tim Harrington, Kevin’s brother. I was brought in a room where all the infomercial products were located. There were a lot of products I recognized and new ones that look like can be a re-billable product.

It was amazing seeing all the products that have  been on the as seen on tv space for many years and up and coming ones as well.

A big thanks to Ryan, Greg, and their whole Elite Clicks Media Team for inviting me to see their operations. Thanks!