Ad Tech 2009 at the Javits Center Wrap Up

If you want to expand your affiliate marketing business or online business, then you should have been at ad tech 2009. The experience is all about expanding and finding about customer base and finding new traffic sources outside of Google, YSM, MSN, Facebook, etc.

Especially with affiliate marketing you want to find the most volume possible or expand out to gather more volume but with quality leads. So you will have to know what to ask when you speak to certain people about their traffic. I personally have tested a bunch of traffic sources in the past and I still do it today.

But first lets talk about the first night at ad tech... 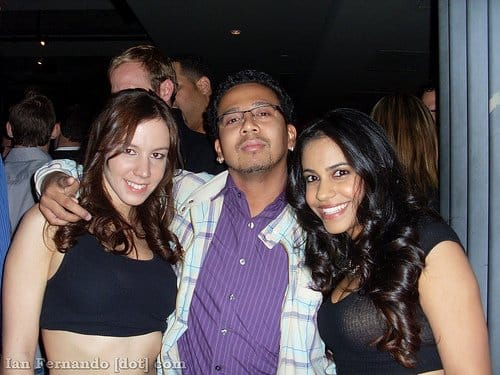 There was a No bull party held the night before ad tech. It was a way to gather and hangout with a lot of people in the industry and meetup. There was several parties that night but I ended up staying in one place, didn't feel like cabing all around the city.

The party was ok, I met a couple new people and a couple new networks. Ran into great friends and just chilt. AffBuzz, Justin was there as well as Roland from Team 202.

In the end there were letting in too many dudes and a bunch of us started to hit the 'clubs' for more entertainment. I went with the Ads4Dough Team, Dustin, and several of their affiliates. The ride there was funny and entertaining, everyone was cool.

The next day was the actual conference and damn was the place HUGE!

There were a lot of new traffic sources and new people to talk too. I was talking to a mobile advertising network and when I asked how they determine their traffic, they could not answer, before the girl grab her other friend to help answer I just walked away.

This is why you need to know what kind of traffic you want to run. I ran mobile traffic before and wanted to see what other sources are out there. Just this one didn't understand what I wanted to do. O well.

Another one was a network and this lady looked like she was super drunk she stumbled by their water cooler and literally had to hold herself up with the water cooler. When asking her questions about basic network stuff, she just gave me her card and told me she was a network. Wonder if she heard my question... tsk tsk

The night was even better since I had dinner with Unique Leads and my good friends Glenn. It was held at his private apartment in NY and damn his place is nice as hell. I met up with Shai, Emil from PPC Bully, Itay and several others. It was a good dinner and damn was it a good dinner!

After dinner went up and meetup with the Clickbooth team. Headed over to Pacha and chilt for a bit until Slick Rick's Performance came on. The party turned out to be pretty interesting. I hanged out with Clickbooth and Pinnacle Dream. I was also tired as hell from trying to battle the clowns on the dance floor.

But they had some good dancers on eh floor. They had breakers, a Michael Jackson replica which she did a damn good job with the performance and at the end Slick Rick. He didn't do one song either and bounced.

After Pacha we went out again with Ads4Dough and met up with Pinnacle to the 'other' bar. Now that was crazy! We were all up again till 5am and I think I saw the sun rising not sure.

The next day was just meeting up with networks and chilling. Walking around some more so my feet can hurt more and I headed home early. I didn't want to party 3 nights in a row. Hell I am still beat from Ad Tech!

Here is a mashup video...

Again, want to expand your online business, you need to go to Ad Tech. It provides a lot of great new information and new traffic sources.

I also have one more post to do about ad tech and I am done - yea I did a lot of ish this Ad Tech.