Are You a Kanye West Type of Marketer?

If you weren't watching the VMAs last night, it was a good show. Now there has been several things that was ehh and disrespectful people as well. Overall the show was good. But the first award of the night left people tweeting about Kanye West, even until today (09/14/09). I was a fan of Kanye but recently I haven't really like a lot of his stuff.

When I actually saw Taylor won an award I was like WTF. Then I saw Kanye and was LOLin. Then obviously everyone was mad that he shouldn't have taken her glory, agreed.

If you do not know what happened, Kanye basically got on stage and took the mic from Taylor Swift and said Beyonce had the best video ever and then walked off. Here is the actual video of him doing so:

Now I thought about it from a social marketing side or marketing side. He was still being talked about up until today. You see his name on the top trends of Twitter and on radio shows and on multiple blogs.

I though to myself damn he really got everyone talking about him. Either he is picking up his name or ruining his brand. But there are a lot of people that believe in any publicity is good publicity. Well I do not know if this is true. Let's break down why Kanye is still being talked about still.

It is basically talkable and unique.

It is unique because you do not expect anyone to do that and interrupt someone's lime light. It is talkable because it was wrong and it is controversial. There are some people on twitter and facebook status that were high fiving him while the majority nayed him. Every time his video was mentioned on the VMAs everyone booed him. 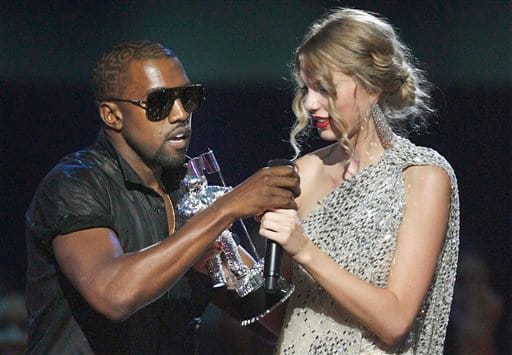 But he made it so unique that people kept talking about him and became the hottest trending topic on twitter. Everyone was mentioning Kanye in one form or another. It isn't because they were listening to a Kanye west song but they saw something disrespectful and wanted to just 'bug out' about the situation.

If you take a look at what Kanye did, I think it was a good move to get people to start talking about him - but in a bad way? Imagine if you can get people to continuously talk about you on twitter, re-make youtube videos, write blog posts, in just 24 hours. I mean I am writing one write know but in reference to marketing.

So how buzzworthy are you? Do people talk about you and write about you. What can you do to make you stick out right away and become a trending topic to your audience? Will you do something ridiculous? something exciting that someone will remember it? How can you become popular, how can you be talkable enough that it goes into the next day?

User who do product lauches do this type of hype marketing to get people talkin for a week but then what happens? It dies out. Kanye will probably be remember next year on the next VMAs. He set up an icon and a noticable 'scene' for every VMA that will be aired. It was memorable!

So how memorable and buzzy are you really? Are you buzzworthy enough like Kanye?