I have a twitter account and I really never used it. I only joined because the ‘crowd’ is doing it. I have blogged about micro blogging in the past. I have talked about Pownce and Twitter in the past and how it is a way to speak in a small and quick way. I really never went into detail about it because I rarely used it. Recently I have used it and I found it to be a very powerful way to network.

At affiliate Summit West I was able to keep on top of shows, people, groups and people even going to lunch. I was able to even network faster and keep in contact faster than a simple text (SMS). I have decided to use it after Mark from 45n5 spoke about it on his blog. It was a good way for me to follow my favorite bloggers and entrepreneurs.

I also noticed every 15 minutes a group twit is delayed by 15 minutes. So I would send my twit 14 minutes before it would actually be twitted publicly in a group. This was done at the Affiliate Summit Social Networking Seminar. Since they had the their twitter page on a big screen, surely enough my twit came up. – lol

I remember having a twittering account and I rarely used it and I decided to go ahead and re use it. I had to get use to the system again, fairly easy once you get use to it. After following some people I started to twitter about the summit and found users replying to me! I have gained new friends that I have met at Affiliate Summit and I can easily get in contact with them without any text message charges.

Twitter is a form of communication similar to text messaging. You can send an ‘instant message’ to users, let them know what you are doing, talk to them as if you were sending a text message. I really can not think of a better example because twittering is text messaging on the internet.

Recently Shoemoney is ‘digging’ the concept of twittering while on his trip to SMX:

Right now I feel as if Twitter is a nice in-between of a blog and a instant messenger client.

Instant messenger client is also a good comparison; you are technically talking to a all of twitter or a specific person. The difference is twitter is public and you can publicly see what others are twittering. For example I have my twitter on my front page:

As you can see I am currently talking to Shoemoney and John Hasson. We exchanged information and update each other on topics. But twitter is all about communication, keeping in touch, and speaking your mind. I actually enjoy twittering because I can twit on messenger and it updates the twitter system. I can update via SMS and it updates.

Twitter provided me good contacts with so many people from Affiliate Summit West. I was able to meet new people simply just saying “at affiliate summit in my room, bored” – 2 minutes later I would get “meet group at lobby.” A group of other ASW member are also hanging out and were bored and decided to just hang out at the bars. This form of group communication by ‘text messaging’ proves to be a real valuable asset to a lot of marketers. It is very social as more and more people rather send a text message than actually call a person. I also find this a cheaper way to keep in contact with the people I have met at Affiliate Summit West.

This is a form of micro blogging and proves to be real beneficial and ‘twittering’ or ‘tweeting’ will stay here for a while. 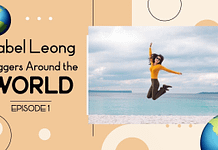 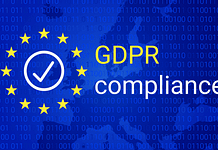 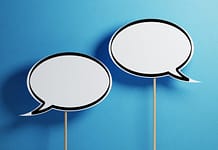