While I was in Florida visiting Elite Clicks Media, Ryan asked if I had a sponsor yet for my usual Affiliate Summit IANteract Dinner. I said I haven't even started and will probably get on it in December. Well he offered to sponsor the dinner!

But it has been quite a dinner that there are multiple requests to join even though it is a private dinner and is invite only. Thanks goes to Ryan and his team at Elite Clicks Media. 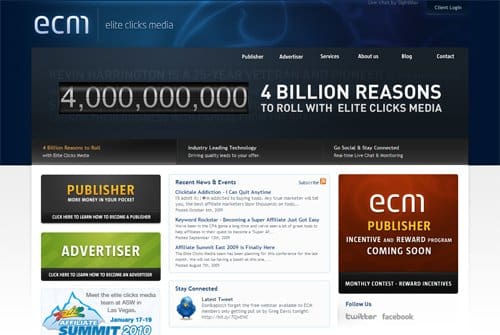 EliteClicksMedia is the fastest-growing, full-service Internet marketing agency in the world. Not only does EliteClicksMedia specialize in affiliate marketing, search engine marketing, and website development we also help companies formulate the blueprint for maximizing their ad dollars and increasing warm lead generation. We employ experts at driving targeted,converting traffic to sources on the internet and also offline to the front door of businesses. Where most companies only specialize in one or two areas of marketing we specialize in direct mail, call campaigns, media buys, and remnant ad purchasing just to name a few...

Where will Affiliate Summit West 2010 IANteract Dinner be held?

It does get hard to chose a restaurant that is close to the events venue, but I took suggestions from readers and Logan Thompson suggested Charlie Palmer Steakhouse. This is about 7 minutes away from the RIO hotel, where Affiliate Summit is being held. I know a lot of users will be at the RIO for the convenience so this will be an easy taxi ride to get to the IANteract Dinner. 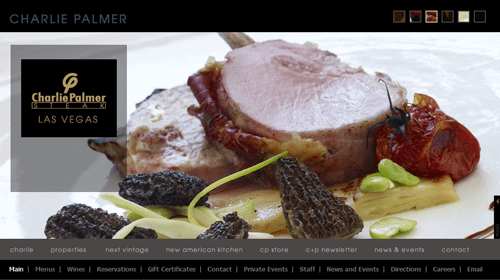 Here is the Google map directions from Rio Hotel to Charlie Palmer Steakhouse. The dinner will take place on the 17th of January, which is the first day of Affiliate Summit. In the past all my dinners are on the first day of Affiliate Summit. This dinner will gives us time to relax from the convention and enjoy dinner before we all get drunk and lost in Vegas.

As all the past IANteract Dinners, if you want to attend just leave a comment below and I will chose a reader to join this dinner. Others will be invited privately to the dinner. If you have been to one of my dinners you know how it goes and I do give others a chance to attend that I would like to meet and build out my network a bit more.

Private invites will soon be sent, just need to set it up.

So if you want to attend just leave a comment below!