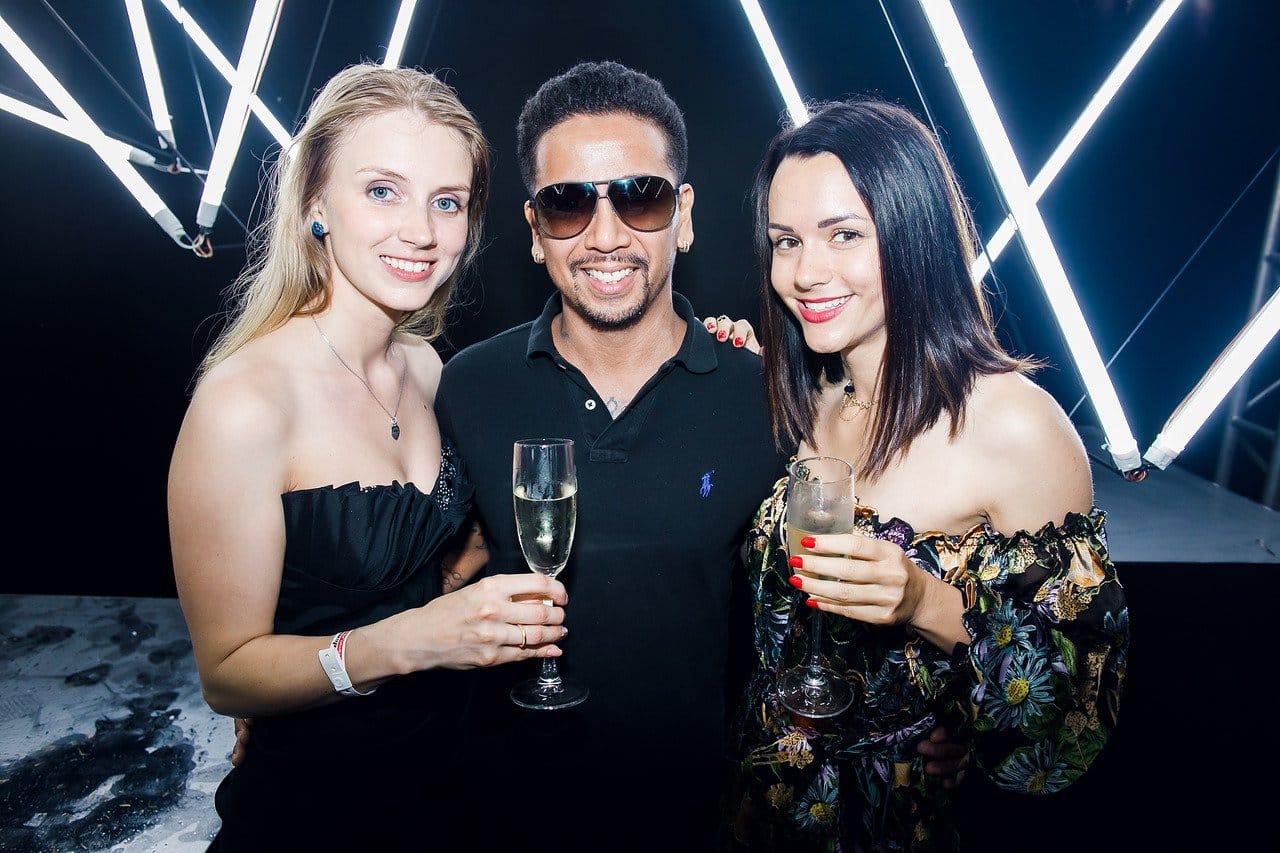 Recently, (June 9-11th, 2017) I was invited to attend the AdCombo Super Affiliate Part in Antalya, Turkey at the Calista Luxury Hotel. It was a last minute decision and I have not been to Turkey, so I decided to go. This gave me the opportunity to find out who AdCombo was as we were talking in the past about running traffic together.

This event was sponsored by AdCombo Affiliate Network and it is one of the biggest, organized, epic affiliate contest I have seen in a very long time.

In the past there has been many affiliate contests for affiliates, the biggest difference with AdCombo affiliate contest is it was more like an appreciation party than anything. Thats how I felt like anyways. They appreciated everyone that attempted to try to win the Ferrari via their network. This was definitely a more organized and more streamed line event.

Their affiliate contest started December 2016 till May 2017. Their event was next month, in June! The contest was open to any affiliate that can generate traffic to their offers. One of the biggest was the Ferrari California. 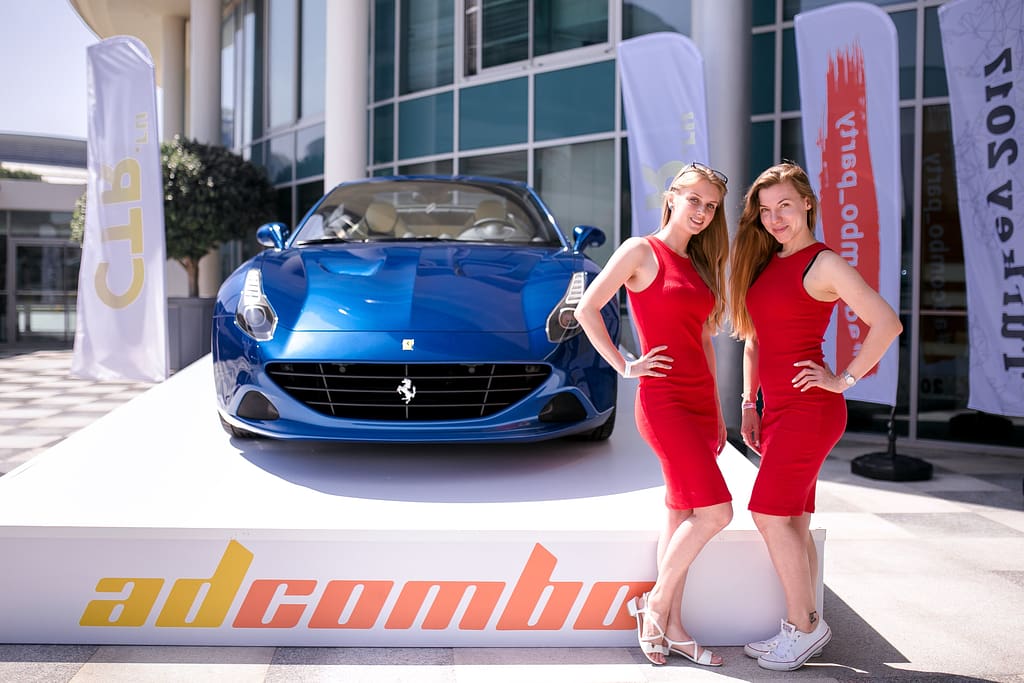 This was the biggest prize being given away at the meetup. Again, this meetup was not a meetup, it was a party! This was not the only prize either, they gave away a lot of amazing prizes.. first lets get into some info about what I did and how AdCombo organized such an epic event.

I arrived, though there was some issues with pick up and communication, everything after was epic. I was greeted at the resort by AdCombo and explained to me the agenda that will be taking place at the resort. The rooms were amazing at this resort and the place it self was filled with pools. Pools next to pools next to a beach!

I met some new friends from Indonesia, Argentina, Russia, Romania, and many more. The best part is everyone that attended this meetup is a top tier affiliate. So the level of conversation was up our alley. While while chilling by the pool, there was a Telegram chat and I started meeting several affiliates before the first night White Party. 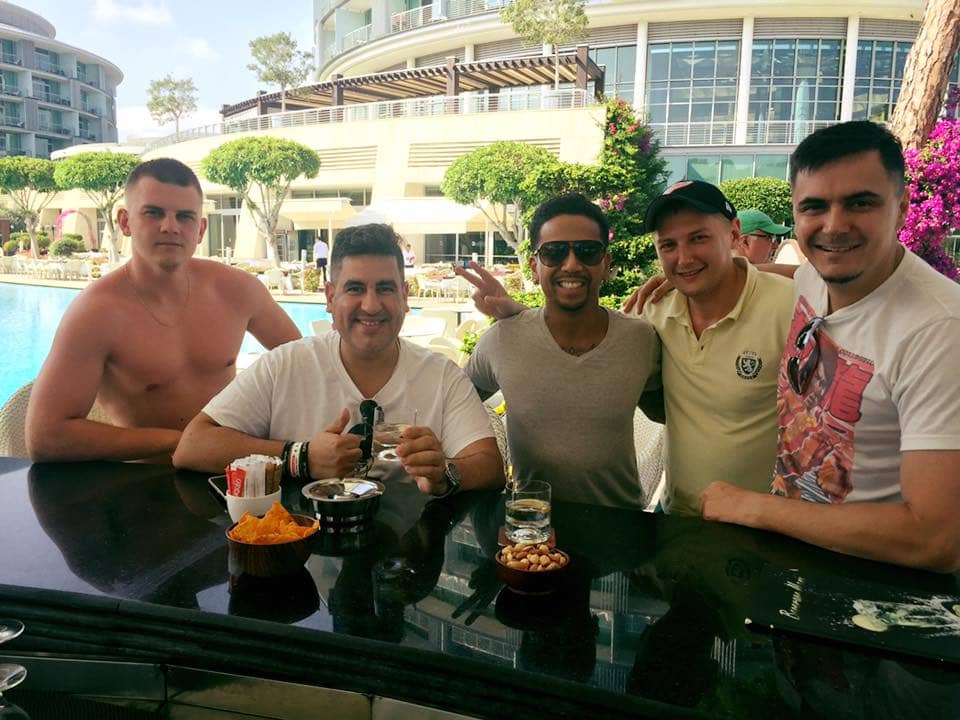 While we were waiting for dinner and the White Party to commence, we drank and networked with the affiliates that took over the resort. I met affiliates form all around the world from Argentina, Russia, Romania, Indonesia, Thailand, literally everywhere.

We talked about some amazing content from why traffic was down, offers being ran, insights on native advertising, Facebook traffic, just a lot of information from well informed experienced affiliates. These are the type of people you want to be around, that can share insights, argue, and agree with you on your business.

The first night started... the first party started... most of the affiliates are already flown in and the party is about to start. The first night was a themed white party. It was held on the pier of the resort with a full moon, I bet they paid the moon to be full that specific night too.

I didn't have white pants or shoes - no affiliate money.... 🙁 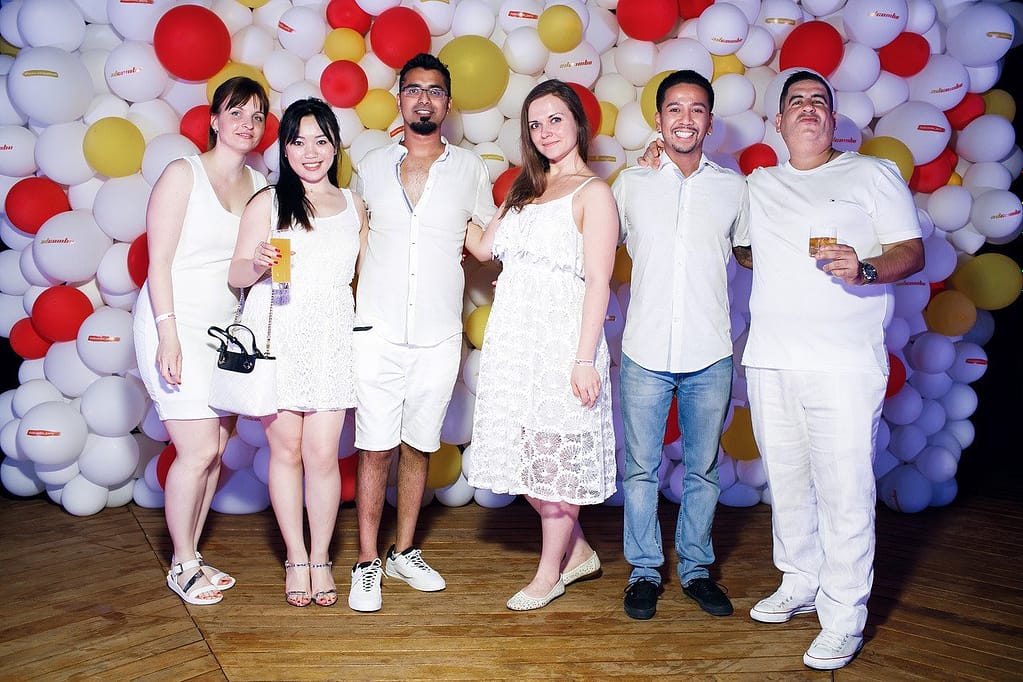 I met some new affiliates and some past guys in the industry. I also met some blog readers, reason why I feel I need to revamp this blog once more and do more content. Some of the affiliates mentioned to me that they enjoyed reading my past failed case studies and my blog, one even stated they started because of me - great feeling.

The white party was epic with drinks and a lot of networking... maybe more drinking... 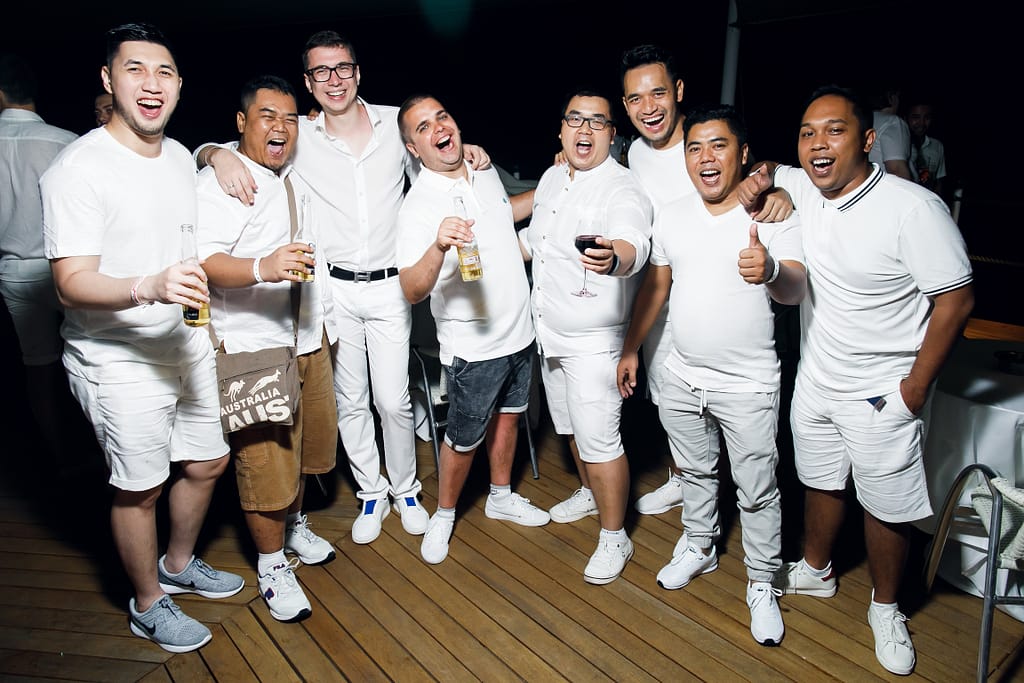 The next day was about us, the affiliates another organized day of fun and more fun and prizes! The afternoon was a pool party, makes sense, we are at a resort with unlimited pools and a beach. So it made sense AdCombo reserved one pool just for us and have more fun. It was more a relaxed style gathering, it was def damn hot out side so the pool made sense. I met up with even more affiliates that I didn't get to talk to last night and participated in a pool game which I ran out of breathe in just because I was epic lol.

They had food, drinks, and dancers to entertain us. The pool games was interesting as it got us interacting and participating ith everyone. It gave a great touch to the event.

The same day, the Black Party will be starting... the evening event is where I think over tops any affiliate meetup, contest, in teh industry currently. 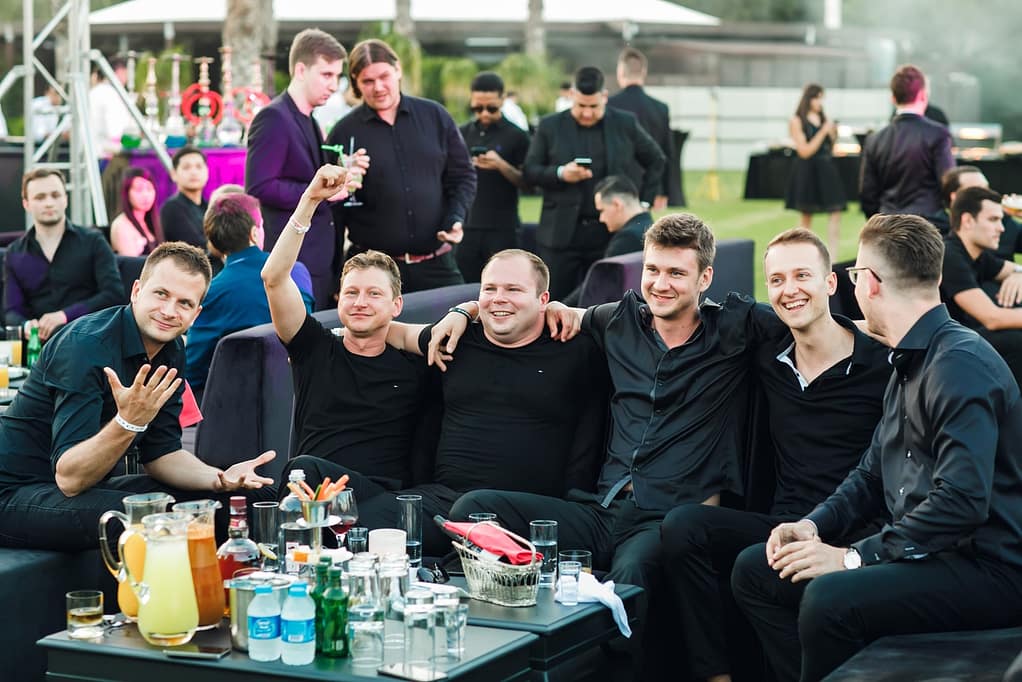 It started around dinner time and I was a bit early, so I started with a glass of whiskey. As the grounds started to fill up, more networking was happening and I joined a table with some affiliates and watched as the show started.

Yes a show. This was not just a prize giving networking event, it was a show for affiliates. This is why I think I consider AdCombo event not a content party, more of an appreciation. They took care of their affiliates. As I stated before, there was prizes being given away, one of the biggest one and top prize of the night was the Ferrari California.

While some won Macbooks, iPhones, and Rolexes 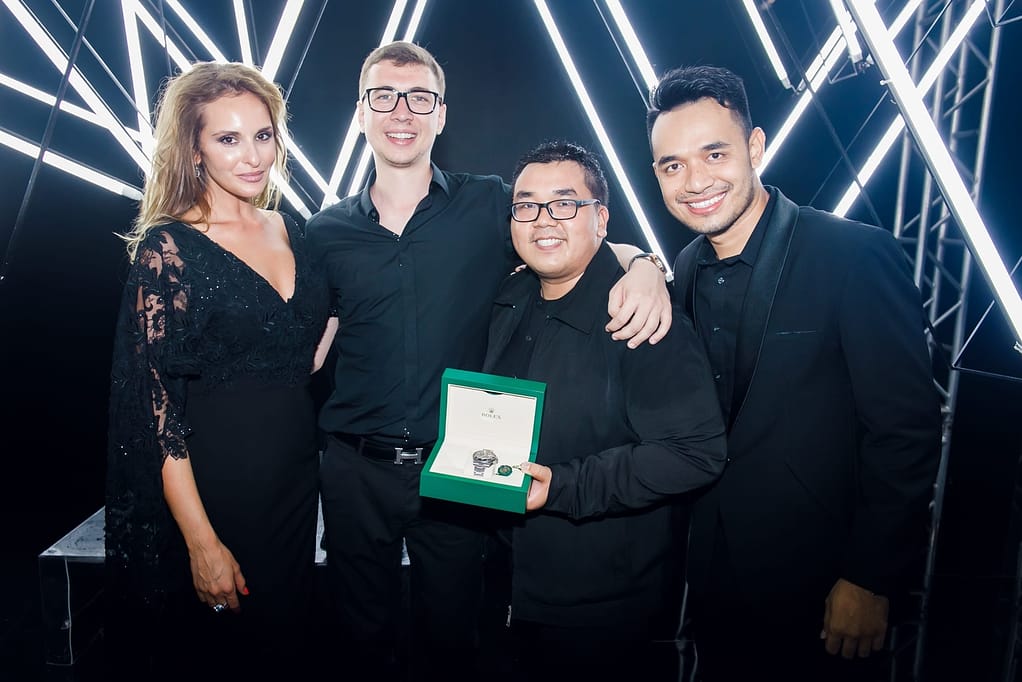 Everyone wanted to win the Ferrari. Before the big revel started, entertainment and food at its finest. We had a great MC at the event that kept people entertained and moving. One was an awkward be interesting show by a Russian group of girls, Russian dance group? Forgot their group name. It was entertaining to watch. I am or use to be a choreographer so dancing styles are very interesting to me. The show was a preview before the big reveal of the Ferrari giveaway. Even to get our curiosity pumped up we started to dance and the MC did a great job at getting us ready and excited for the big announcement. 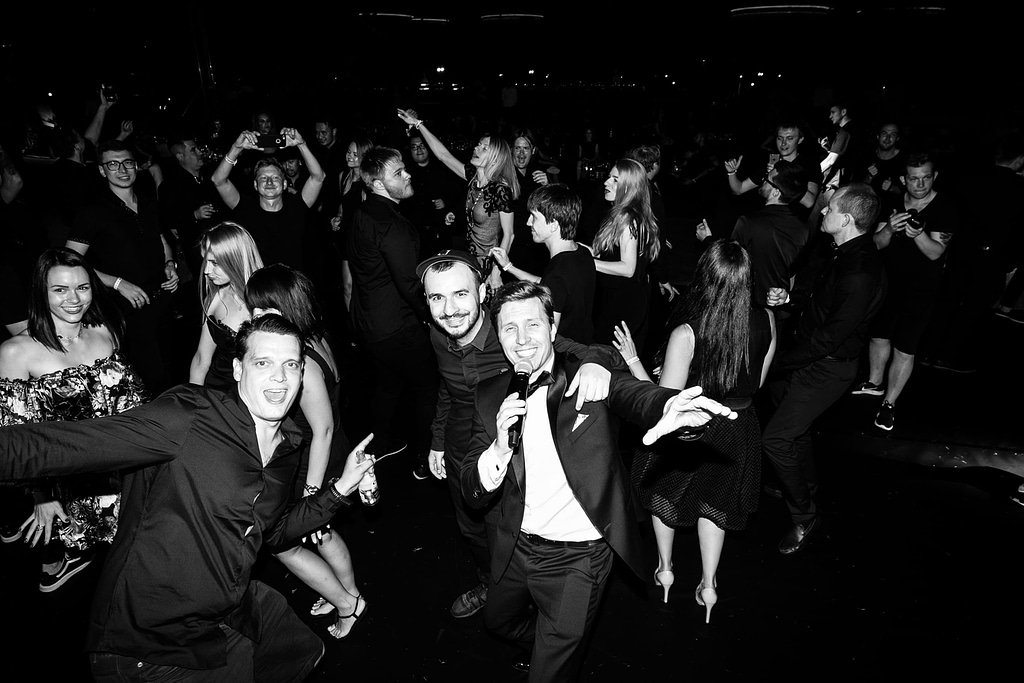 When they announced the winner, I can see some people leaving, sad they didn't win but a majority of people were happy for the affiliate that won the Ferrari. The winner themselves, it looked like a team of 3 won the Ferrari and they were ecstatic about it and congratulations to them. It was a great win for them.

They were super excited to win such an epic prize. The event to me was epic as it was more a feel of appreciation. I was able to talk to Constantine about the growth of AdCombo and how fast they grew. A 4 year old network that puts their affiliates first have done them wonders. I felt it was more of a place of care, I was being taken care of while enjoying myself at the event. I met so many great people that this small private event was educational in itself and glad that I was able to be part of such an amazing event. I didn't see this as another party, more of a day of appreciation to their affiliates.

AdCombo, we are going to talk about some traffic and offers! Thanks for having me!

Why I Don't Put my eMail Address on my Business Cards