Sometimes when you talk to people word may come out wrong which may be taken the wrong way. Depending on the relationship each one of the talkers may take a sentence in a wrong way. But what about this sentence: “You need to be around better friends.” Another similar one is “Your friends are not as bright as you.” Friends, they revolve around you and one another. They are advice givers and party goers.

You probably have heard multiple versions of “You are who you hang with.” This is true to some degree. Your friends are what sometimes make you as a person growing up. Surround yourself by bad influences and you become a bad person, good and positive influences, your goals become easily reached.

The only quote I hate is “These ‘people’ do not have futures.” ‘People’ as in a bad person or used in a negative meaning. Why don’t they have futures? Futures are all unseen and untold, we do not know what may happen within the next 2 minutes of our lives, so how can you can they have no future?

What is your Future?

The future has always had a special place in philosophy and, in general, in the human mind. The future holds such a place because human beings want a forecast of events that will occur. The evolution of the human brain is in great part an evolution in cognitive abilities necessary to forecast the future, i.e. abstract imagination, logic and induction. Imagination permits us to â€œseeâ€ (i.e. predict) a plausible model of a given situation without observing it, therefore, allowing one to assess risks. Logical reasoning allows one to predict consequences of actions and situations and therefore gives useful information about future events. Induction permits the association of a cause with consequences, a fundamental notion for every forecast of the future.

Logical reasoning allows one to predict consequences of actions and situations. This is true. Thinking if something is a good or bad change, base on experience, depends on the person and how they act upon it.

Friends can easily influence your future because you are around them most of your growing up lives. If you hang around friends who go out clubbing and love to dance, you will mostly pick up their characteristics for the love of dance and clubbing.

Another one is friends who deal drugs and interact with illegal activities, you will pick up trends which you will learn and maybe participate. Participation in these activities is your choice, same with choosing to love dancing. It is our own flaw to decide what is good and bad, we are stuck on that decision.

Future, a person who chooses to be a drug dealer is their own doing, the same thing with a dancer. It is their choice to be who they are, so that is their future. Future is not a positive or negative act, a future is what will be base on your past and it can be undone.

Drug dealers are successful entrepreneurs in an illegal way. They have enterprises and networks which easily grow. If they can take this knowledge and implement it legally they will be successful.

Futures are biased, it is a concept we can see but it is only a goal. We do not see everything in between and how to get to that specific future goal, the reason why we seek advice from friends and advisors. Steve Pavlina has a great series on “The Meaning of Life,” from his main intro series and one of his popular posts he says:

What determines the goals you set (or donâ€™t set) is your context. Your context is your collection of beliefs and values. So if the values of money and freedom are part of your context, you might be inclined to set a goal to start a new business. But with different kinds of values â€” a different context â€” you may be disinclined to set goals at all.

The most significant part of your context is your collection of beliefs about the nature of reality, which includes your religious, spiritual, and philosophical beliefs. Your overall beliefs about the universe will largely determine your results. Context dictates goals. Goals dictate projects. Projects dictate actions. Actions dictate results.

This is well put by Steve. What determines the goals is your context. Wow! Similar to what you are influence by and of course as Steve says, beliefs and values. Friends again are a big part of being influences and context. You grow up with your friends and they take their action which is carried with you as you grow older.

You can depart from your friends but why? Either counter act with other friends but stay close with your childhood memories. For example I have friends that are business minded and friends that are party gatherers; my decision to depart from the party gatherers has helped me grow as a person. I still keep in contact with them going out and still interacting, but I will be in a different mindset once I meet with my other business minded peers.

I do not “front” or change attitudes when I am among different set of friends, I am still the same person but my mindset will switch. If you watch any of my videos you can see that I simply just act as I should, as Ian Fernando.

The term ‘These people have no Futures’ is not said or used properly. It is viewed as an automatic negative view. Future should not be viewed as a positive or negative, since we do not know what the future brings. An addictive gambler may change his act in a couple years. An alcoholic may stop drinking in a couple months. Which in turn they have turned their negative into positive results.

Worrying about the future should not be of utmost importance but a window of change, with that change are goals. Yet we do not know what will happen in between. I can say I will be rich and I see myself buying a mac-mansion and several classy cars but I do not see the hard work in between my current situation and that goal. 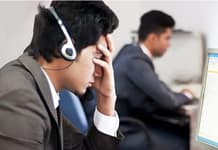 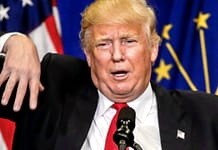