Glow in the Dark Tour: Bananas!

So yesterday I was trying to fix all my errors I got with transferring my domain (I will talk about it later on). After a long day of working, it was time to get ready for the Glow in the Dark Tour with Lupe Fiasco, NERD, Rihanna, Kanye West! Though I did not get a chance to do some PPC yesterday, I hope to get it in later today.

I want to give you some updates about the Glow in the Dark Tour. First, I couldn't take pictures because they did not allow cameras, boo! Luckily I found some pictures on flickr of people who snuck their camera in. I took a picture and posted it on twitter via my phone. I was all the way in the back with my peoples because we kinda of got there late and missed the Lupe Fiasco act. It is all good. Because Lupe came out with Kanye and deeesstroyyed the stage!

Other than expensive foods and disgusting restrooms and the light rain it was bananas! The concert itself was crazy. Crazy young people jumping around and random fights happening. My friends and I simply chilled, watch, drank, talked to other fans around us and just had a great time. 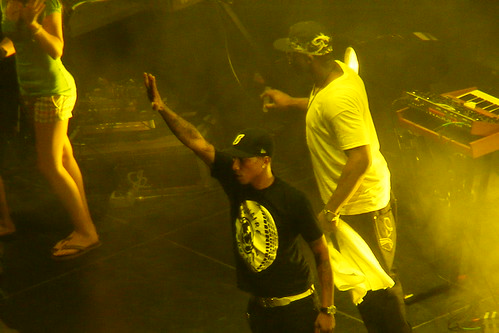 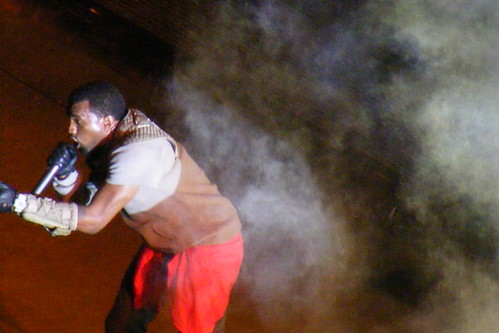 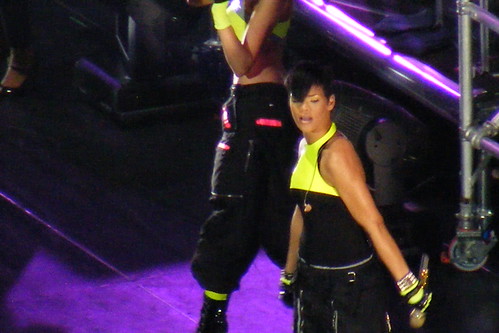 There are more pictures on flickr and I am mad I was not able to bring in my camera, but I guess that is what flickr is for? This is great that other people are taking pictures for me just in case I was not able to take a quick snapshot!