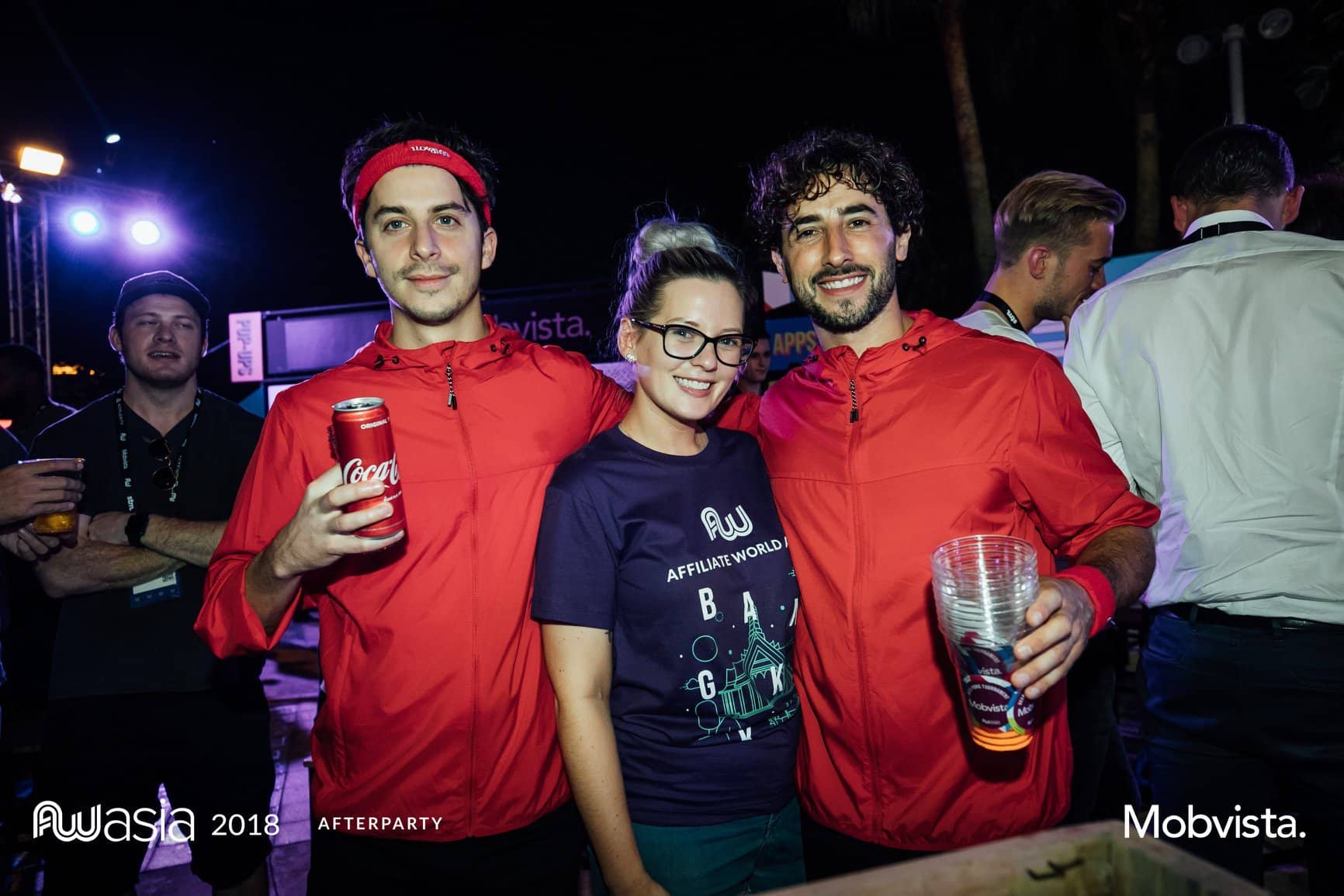 I just got back to Vietnam from Affiliate World Asia: Bangkok and my Facebook flow are filled with thanks, gratitude, pictures, and just positive feedback about the show. Then I saw Lorenzo post an image of where the first BKK STM meetup was.

It just gave me flashbacks of when I went to STM Meetups in Amsterdam and in London! These meetups were already solid because we met STM members from the forum and other new affiliates as well, plus it was the only international meetup.

A new standard they sure did! It is interesting to see the growth and how Lorenzo, Jordan, and Besmir managed to continue growing their STM brand. So I decided to just message Lorenzo a single question...

What made you transition from meetups to a worldwide conference?

Lorenzo's response...
Well, the first meetups we had were just drinks purely to network.
Then people started asking for content so we introduced speeches.
Then companies wanted to sponsor so we introduced sponsorships.
The tipping point was that STM London meetup when 600 people turned up.
it was an organic evolution

This is a very simple response but has a lot of lessons in it. First of all, STM was created purely on just trying to find affiliates in the space. When I first started, affiliate marketing was a word that no one knew. Very few even got into it and very few mentors actually did paid affiliate marketing. A lot were all organic SEO Amazon affiliates.

Even I had to organize my own affiliate meetups in NJ and at other conferences to meet like-minded marketers, I called it the IANteract Dinners. It is important to have meetups because it puts you in a circle of like-minded users instantly.

I even paid for my first IANteract Dinner just so I can get people together and pick their brains on online marketing. Lorenzo and his team have done the same, first he probably did what most people do is to hang out with like-minded peopl is to drink

In any case, Lorenzo wanted to be around people like him and so STM forum was created. It created an online community but I guess that wasn't enough and Lorenzo wanted to meet his fellow affiliates. STM Meetups were born into fruition for local hangouts and having a beer.

An archive I found around the internet...

This was just drinks and hanging out with affiliates. Lorenzo just wanted to be around affiliates. Some affiliates then started asking about doing content. Lorenzo listened and introduced speeches.

When Lorenzo mentioned the tipping point was STM London with over 600 attendees, that is where he took it to next heights. If you have not been to the last STM London, it was a so crowded and packed! I remember standing outside watching the speakers through a window (joking, but I did stand outside the actual hall) because the venue they had was just not big enough.

Now STM Meetups have evolved into a beast of a conference show. They now have the event space which is always unique to where they have it. Superb speakers and of course all the sponsors that want your traffic.

Here are some stats for you in comparison...

Imagine the first picture with just 300 people in Bangkok to now over 3.7k in just 5 years! The crazy part is I felt STM Bangkok was like 10 years ago! Lorenzo and his team took what his members and affiliates are saying and expanded on it.

Lorenzo took a simple action from just having drinks in his home town to having international speech meetups to now a conference that you want to be at. Using his skills as an affiliate to a business that brings people together is why being an affiliate marketer is the best way to learn online marketing.

Getting feedback from us and then testing it out on scale! The STM team listens to its members. They even went ahead and test their conference layouts and floor perks. I remember talking to Jordan 2 years ago on how they test floor sizes to increase user interaction among each other! Now that is truly split testing!

I think what separates this conference from others is the affiliate lifestyle. Beer pong, clubbing, fun games on the show floor, and massages! It is literally Lorenzo scaled up as a conference and that is why this is the best show to be at. He didn't change himself to try to be a corporate style marketing conference, Affiliate World is Lorenzon with just more programmatic lights.

As his business is an extension of himself, his team, and his partners. They all blend perfectly to what the affiliate industry is about, having fun with people that are doing it alongside you.

Be Part of the STM Family and Get Past Video Shows