It has been a week since i returned from California. I have been extremely busy on playing catchup. Even though I was working while I was in California, I needed do to things in Jersey locally. I wanted to give a re-cap of the Magic Bullet seminar held by Amish and Jose.

I have been to 2 other internet marketing seminar (I usually attend affiliate shows) and I think this is one of the better ones. The crowd is much older, as is the internet marketing space is. The speakers were amazing, a lot of great content. I learned a lot about the SEO side and the outsourcing side as well. While most of the speakers were from the internet space - they provided some great information.

The whole seminar was filled with a lot of hype, Andy Jenkin is like a Booosss! 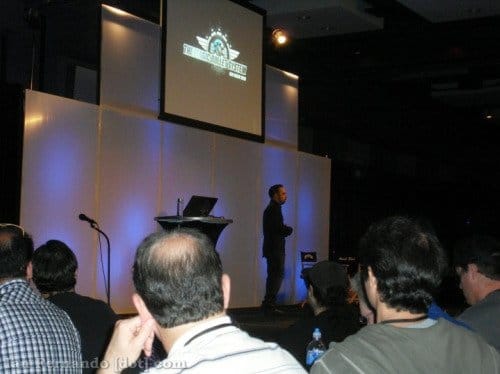 I was also surprise to see some affiliates at the show. I met up with Wes Mahler, Emily, Matt, Maria, Kevin, and even 1 person from my NJ meetup. I also met up with Emil and Ran from PPC Bully, which is always great to see these guys.

While the information for me was kinda of repetitive, some parts were just amazing. The choice of speakers Amish and Jose put together was just perfect. Though I can not go into real detail about the sessions - it was a good amount of information. One good aspect of the show was the fact users interact with the show.

Again the speakers were just a create choice by Amish and Jose, they provided real content that can be used. Though they only had 1 hour to speak I can grasp the idea they are talking about and just Google somethings. But I definitely got a heads up in certain areas of marketing, for example the mobile marketing space.

Well here is a intro video of the Magic Bullet...