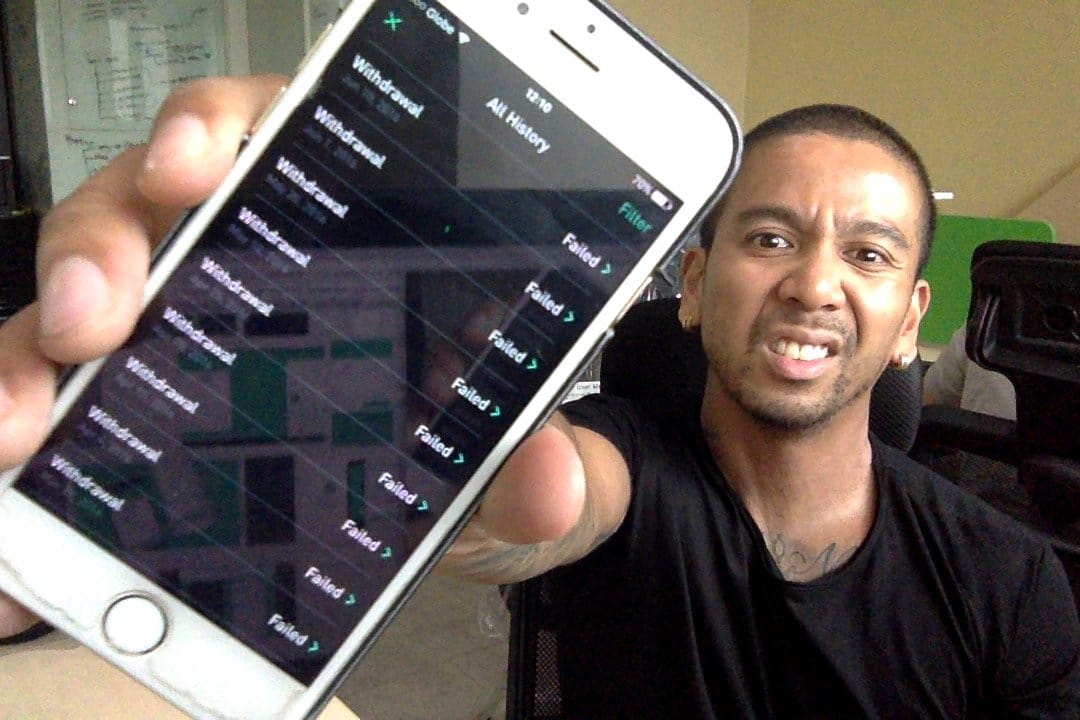 This is a Robinhood App review that I recommend you to read and even to not bother downloading the app itself. It has been a while and I wanted point out how crappy Robinhood App has been the past couple months, maybe even weeks. Their customer service is one of the worst and the only way to get to them is to contact them directly via Twitter or social media.

First of all, Robinhood App is a platform where beginner stock traders can start investing without a minimum. You can buy 1 stock if you like and watch it grow. This is awesome for beginners to get exposed to the stock market and see how it all works.

It was good at first when it came out. I think they don't know how to handle support the right way as I think they are understaff and that their brokers and system are not properly synced. It seems just the whole company is lost at what they are doing.

For example the image below: 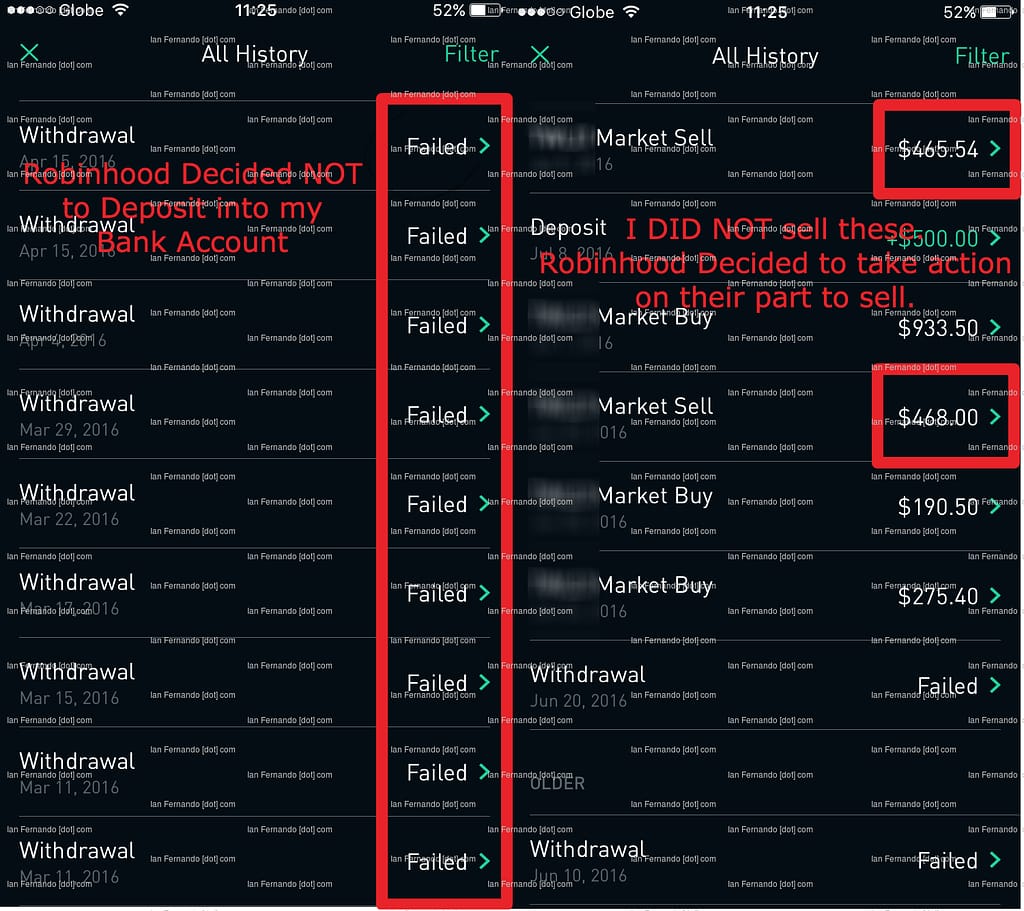 The first column shows that I tried to withdraw from the Robinhood app and deposit funds back to my bank account. I have contacted Robinhood about this delay. Multiple times they stated to unsync my bank and resync. I have done so and no success.

They even forced it themselves and no success:

We're sorry for the inconvenience. We have initiated a withdrawal of $489.98 back to your bank account. Pleas let us know if you have any questions.

We just created a new transfer on your behalf. Hopefully this one goes through.

I gave up and after the back and forth of emails I decided to just keep it in Robinhood and do some stock trade. I found a really good stock that was growing exponentially and took advantage of it. I decided to use the funds that I could not withdraw to purchase.

The next day, I received an email to fund my account?? I have funds, roughly $400 or so and yet they ask to have it funded. They then sold the shares at an amount that was owed. I was mad at this point, they sold shares that I didn't initiate because I didn't have funds when I did.

Contacted support, no response so had to go to Twitter: 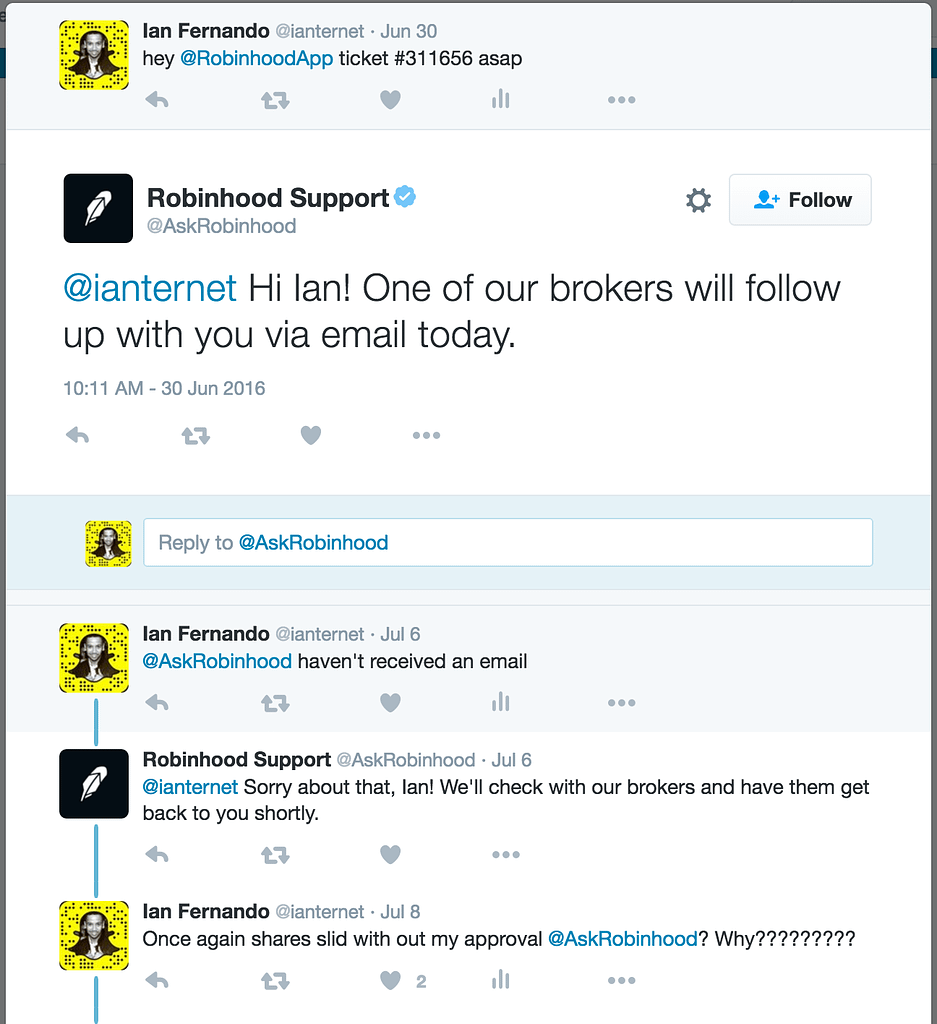 If I have to constantly remind them of my issue via social media, their support isn't very powerful. It took several days for them and I still had to remind them even they said someone would be in contact with me.

Apparently according to their broker:

Sorry for the delay. We researched your account and found that your account was displaying more funds than were actually in this account. Unfortunately this created a debit balance in your account that had to be resolved with a sale. We deeply apologize for the issue and any inconvenience this may have caused.

So why was I not informed that there was an issue with my account or accounting didn't understand that I had more than what was? Did I actually earn the extra amount in my Robinhood account?

I have to go through all my transactions and see but I know I sold at least 10k worth of stock, and only deposited 5k when I first started in Dec of 2014. Ofcourse there is buying and selling in between the day.

My problem is the communication with their team and the basic math of how their app figures out the transactions what is sold and what is bought and what can be withdrawn. Their might be a delay as it does take 3 days to have a successful close or withdrawal. Still, their team takes months and even weeks to get a response unless I push them to do so.

The app it self is very simple yet does it calculate your stocks the way it should be probably not accurately as there was supposedly an amount in my account that wasn't suppose to be there. So I wouldn't use this service at all as the support is definitely below 1 stars and I just don't trust their algorithm anymore.

Shouldn't be an issue with the mathematical buys and sells. If I did have money, then I lost. They didn't respond to my other email stating:

Is that my fault that accounting made or the app made an error? It shouldn't be. There should be some credit as I had a really good stock growing.

This was sent July 7th 2016 - have yet to hear from them or a solution. If you want to deal with the headache of such an unsupportive company, then do not utilize such service. They will not take care of you and their system lacks basic functionality in math.

Affiliate Industry is Getting into Crypto Currency. I am Jumping Back in as well.