Switching Servers and the Nightmare I was In

As you all know I swear by WiredTree and I greatly enjoyed the service and customer support. It has been a great 2 years with them. So if you want to get a dedicated server with amazing support, WiredTree is the place to go.

But the internet is changing and a lot of things are now moving to cloud service. On this site and some of my other sites, I use Amazon S3 to host my files. I do this because it is important my files are always being seen and there is no lag in the bandwidth. I find this very important when I do video.

So to keep up with the internet and to even cut some cost, I switched over to Storm On Demand. In the past I was looking to switch everything to Amazon Web Services, but the structure was way too confusing for me. I even look to go with Rackspace Cloud. The problem with both, is it may not be able to run some of my scripts I have to run my business.

So I decided on Storm On Demand... 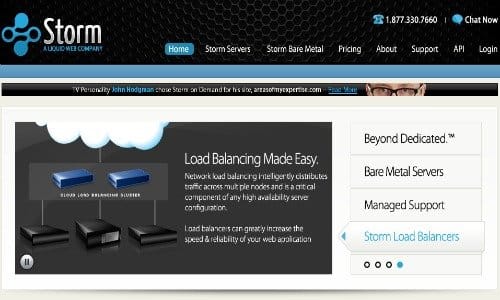 I was at Ad Hustlers Yearly Summer BBQ and he brought up server stuff and he said he was in need of something to run his massive traffic. Something he can pay for the traffic being used, instead of just a fixed bandwidth each month. He started to talk about Storm On Demand a Liquid Web Company.

I personally know friends who do not like Liquid Web because of the term 'Heroic Support'. I was going to even switch to Liquid Web for my servers before WiredTree. Since I trust my peers, I decided to stay away from Liquid Web. Since Storm On Demand received Ad Hustler's approval - I gave them a try.

They were very polite and very responsive via email, especially when it came to migration. They even asked me when the is the best time to do the migration. Everything went smoothed, until I had to change IPs from friggin 1and1.

At this point I started to rethink my switch, I didn't mind paying for what I was paying on WiredTree. I never had any issues with WiredTree, it almost felt like a bad break up... sighs. Cutting cost and upgrading for speed ability to partition your servers is just an amazing concept.

Storm on Demand migrated all my sites for me. The problem is my sites instantly crashed the new servers. It took just under 36 hours to get everything stable and another full day of me making sure scripts work, sites responded, etc. I got noble heroic support from Liquid Web. My account was given to 2 admins, one working on one issue and the other on a separate issue - making sure they don't cross  each other. Now that is whats up.

I even received a phone call from their supervisor and he explained a lot of this to me. I am not an admin of any sort, I know a bit about servers since having my own but getting education from a supervisor was amazing. Especially he took the time to pick up the phone and call. He explained the functionality of their service and he even walked me through the main dashboard.

So my headache wasn't throbbing so much.

Most of the time we were on email support and response is amazing - rapid response. They really catered to me and made sure my decision to Storm On Demand was the right choice. I definitely appreciate it.

So with the switch more stable how is the speed? I did a speed test after 24 hours of stability and this is what I received. I use pingdom to do this test. The test on the left is an archived test from when I was on WiredTree. 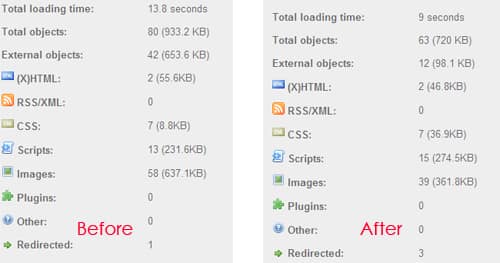 About a 4 second improvement, BUT if you start browsing the site it seems the content is only changing. The full site doesn't seem like it is loading every page you go to. I definitely notice a change in the speed and the way my sites load. My scripts and custom made tools are all working fine and even faster.

Switching over to Storm On Demand definitely cut my cost and also improved my website speed. It is a win win situation. I may be getting an ad on server because I do put load on the box. I am waiting for a report or follow up from the supervisor as he is monitoring my traffic to see if I should even get it. In the end I may end up getting another server on Storm anyways.

There will probably be a followup post and do a full review about Storm soon.

One bad thing - no affiliate program for Storm on Demand. Sighs.