...I want to share with you my overall trip to Cali when I got there.

I arrived in Cali a couple days before Share a Sale Think Tank 09. I decided to hangout in San Diego and enjoy the sun for a couple days. I got a beach house for just the 3 days I was there and it literally was on the beach. It was amazing. The view of the beach and the sound of waves was amazing.

I would wake up and just walk down the boardwalk and have some banging breakfast at the Wave House. The wave house is really cool because its one of those auto wave machines, def wanted to try that out but there was a waiting list on it and didn't want to wait till later in the day.

I met up with the owners of Ionizer Oasis and chilled with them for the days I was there. We played basketball and I obviously took over - well maybe after 2 games. There was too many sun. I was burning. The thing also was wow, women are beautiful there. 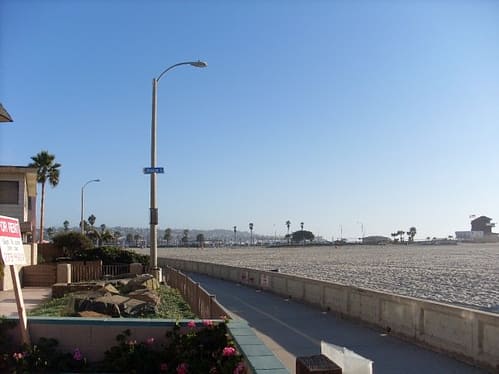 At night I ended up going to Gas Lamp, that is downtown San Diego. We went out and hanged out to the club and started picking up women. It was entertaining. After going to club to club and from bar to bar, I started taking pictures of bums because of their marketing tactics. I mean these guys are doing it heavy on the street.

One had a great eCommerce store, he was selling sock puppets and he made me a new one. I told him he can keep it and I took a pic of him doing his great selling. Gave him 20$ to keep doing his thing! 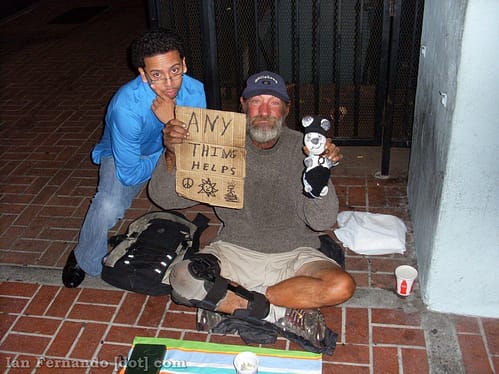 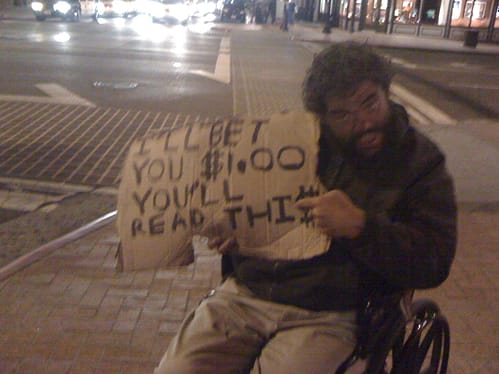 Gave this guy a five. Funny part is his legs are working since he was pulling himself on his wheelchair with his legs...

It was a lot of fun in San Diego but a couple things happened that was out of my control. It was great playing ball and chilling with some marketers. Some of their tactics are funny and had crazy results the next day. Which I wouldn't do myself. Hey ecommerce store plus a bit of affiliate marketing is giving them the life they are living.

But other than that it was entertaining. Then it was the ShareaSale Think Tank. After Think Tank I hanged out in LA.

LA traffic is the worst literally the worst. There is just 1 freeway 405 and never gain will I go to LA because of that but it is a nice place to live in. I hanged out at Beverly Hills, Pacific Palisade, saw the Hollywood signs, Santa Monica, Lil Saigon, I was everywhere.

If you weren't following me on twitter, then you need to. I took hella pics and basically shared my experience with everyone on twitter.

I met up with my cousins in LA and toured every where. It kinda sucked that I only chilled with them just 2 days but it was enjoyable. The sun was def strong and there literally was no clouds in the sky.

Here is a mashup video: