The Social Network: Wired In to CEO, Bitch!

Last night I went to go see The Social Network movie with my brother. I really didn't expect much of it, I just wanted to see it because it is base on someone that is the youngest billionaire out there. So I wanted to see the story of Facebook and how it became about, plus it is a good vision from entrepreneur to another.

DO NOT READ IF YOU HAVE NOT SEEN IT... I will try not to reveal all.

The intro was interesting because it automatically portrays Mark as a super geek, a super nerd. If you have talk to some programmers they are an interesting breed of users. I personally target programmer in specific niches because their lifestyle is really interesting. I honestly don't think Mark is really like that in life, arrogant and talks uber fast about ideas and algorithms. 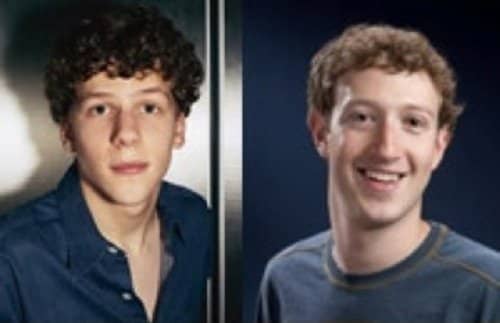 It is interesting to see how it all started out of a college dorm room, I think almost most big entrepreneurs start out of their college dorm rooms. So all Mark liked to do was just code and he basically create mini fun sites and crash the college campus. Interesting enough he got caught because he basically wanted recognition for hacking the Harvard security. Funny.

There are great remarks that are funny made by Mark in the movie, again wonder if he is really like that lol.

Anyways, the movie is told from a lawsuit point of view. The story is really interesting with haters, friendship, relationships, and greedy people. The problem I had is Sean Parker, I didn't even know he was part of this big movement. I wonder how much of the movie is true, maybe 80% is my guess. Some things are way out of proportion I think but it is a movie and they need to make it interesting.

Being a marketer/entrepreneur this type of movie is inspiring and easily relates to what I currently do online. It brings a perspective to other entrepreneurs that may not be seen by regular movie viewers because we actually are doing something on the internet and trying to monetize the internet, so we can wear flip-flops to lawsuit hearings.

Being able to relate to the movie I think was what made the movie interesting to me. Being able to see the hurdles such as what friends and life can bring on someone once it reached a peak in success definitely shows what the world is about, hi haters!

Here is the Social Network rap song, which basically tells the story.

Overall the movie was good, a bit boring in the beginning but when things started to take action it started to become real interesting. Wonder what Mark thought, but I think I he was straight G status throughout the movie.

Did you see The Social Network? What did you think?