Traffic, Traffic is important! Where you get that traffic can vary and since it is all about testing, I decided to test another source of traffic. AdBrite has been around for a while now and I decided to go ahead and test them out. I read some mixed reviews about them but I guess I had to dive into it myself if I wanted to learn what kind of traffic they produce.

Well take a quick look at their stats that was provided to me. Pretty impressive right. I was in awe, I couldn’t even test their quality of traffic. Since it is important to get traffic, the next important thing is to test its quality.

The below screenshot is pretty bad and might be similar and worst than AdChap! But I am still pretty hesitant because they do have support unlike AdChap. I am getting emails to either raise my bid or expand my search.

It is basically advertising on websites via contextual links and banners. The new thing that I want to test is the Full Page Ad! This looks promising, if I can get the traffic first. You are able to target by location, category, keywords, and demographic info. I chose the simple banner advertisement and see if I can get some exposure with AdBrite via some banner exposure.

I targeted my niche with keywords and kept it in the United States first to test traffic, but again 1 click. Not really sure if it was worth a test.

ABrite does have a good intro to advertising on their network. They say to alter and rotate ads and test different ad types. So I am going to test out their full blown ads, got to ask a network a specific question on this, cause I have an idea.

Another thing I found interesting was each time I activate a campaign I get charged $5 dollars to start the campaign, interesting. I haven’t seen this before. Pay to run a campaign?? Thought I was paying per click. Even when a campaign gets disapproved, you fix the problem and then resubmit it you are charge again $5. So I already spent 10$ without even doing any sort of advertising. I think they need to do away with this feature not sure why they do it. I guess it goes through an approval department and they need to get paid? Not sure but it was retarded.

Well the interface was simple and easy to use, very straight forward. They also provide you with a pixel to place on your site to track your impressions etc. I am going to give AdBrite another whirl because I didn’t have to do a deposit, which is better than the rest of the ad networks out there. I rather pay later, I mean I only currently owe .70 cents.

But I am going to test this full page ad, looks interesting. 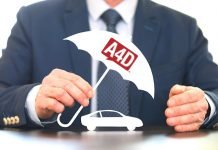 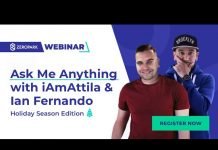