After the convention I rested up and started to meetup with others to get ready to head over to Planet Hollywood to meetup with XY7 and their MMA fight which they hosted. First of all I was already tired, I mean I just landed like a couple hours ago at this point with no food, but the partying (networking) must go on.

I met up with Wes from Tracking202 and several others. Wes and Ad Hustler were actually betting (virtual) to see which person in the fight would win. It was my first MMA fight and it was interesting. A lot of big dudes with tattoos all over were walking around and lots of crazy people yelling.

It was entertaining and would like to thank XY7 for the invites. 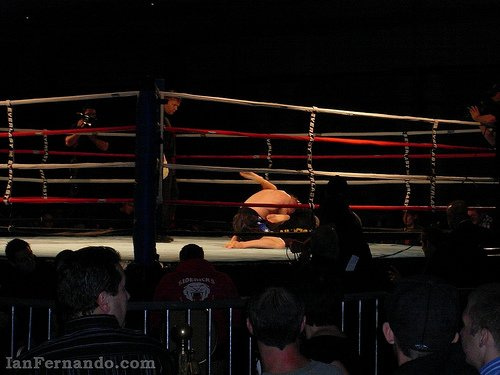 After the MMA fight, me and Ad Hustler started to meet with people from the WickedFire forum. They had a gathering at the RIO and it was cool to put handle name to face. I met some people and I actually will b working with some on some projects.

I also met smaxor for the first time from Ads4Dough and some of his affiliate managers. I talked for a while and decided to leave after a short while, as I was going to get ready for the buy.at party.

The buy.at party was invite an invite only, which was held at the Blue Moon at the Palms. It  was a very relaxed energetic environment. I met a good amount of my readers there, especially some from the UK. The place was really nice and it was kinda 2 levels. The main portion of it was a club and they had a portion at the top which was hanging off the top of the club, almost like a balcony I guess. Buy.at was held there, I met the owner of buy.at and my favorite person at buy.at Ayako.

The view at the top was beautiful and it was nice and cool. After the buy.at I actually met up with PPC Mafia and started to head out to another club that night called XS at the Wynn. It was a new club and since I like to party I decided to go even though how late it was already and how beat I was. 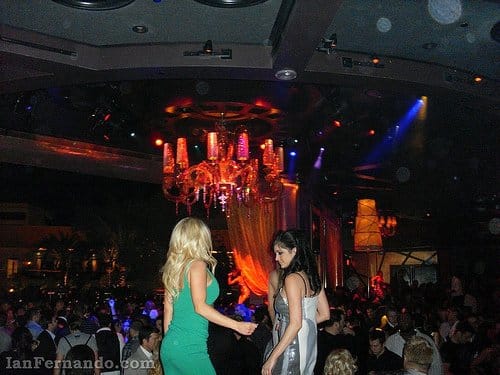 The club was crazy nice, it was a circular club where the circumference was the club and the middle portion was open to the outside, very neat. I chilled with Copeac and affiliate.com over there and it was just a blast. Dance out and drank out. After a good couple hours, I was beat and just left – fell in bed and just knocked the hella out! Affiliate Summit official started!