So I am leaving to Lincoln, Nebraska tomorrow morning to meet up with John Chow, ShoeMoney, Ken McArthur, Thor Schrock and all of the Top Affiliate Challenge contestants. I will not be able to post as much on here and I hope to be able to post at least once a week. If anything I will be in my forum and posting short post or tweeting. Make sure you follow me.

But what is in Lincoln, Nebraska? I am an east sider and I like to go out and ball out. Not too much I think I am getting old. But I want to experience each states natural ‘funess’. When I was in Vegas and San Francisco I was acting super tourist. I have never real traveled outside of the east side. I have been to every state on the East but nothing on the West or elsewhere.

What I plan to do in Lincolkn, Nebraska other than working my ass off at Top Affiliate Challenge is:

I started to research too about Lincoln, Nebraska and Wikipedia says:

The City of Lincoln is the capital and the second most populous city of the U.S. state of Nebraska. Lincoln is also the county seat of Lancaster County and the home of the University of Nebraska. The population was 241,167 at the 2006 census estimate.

I know I will be meeting with other people there and the show starts on July First, so make sure to watch at Top Affiliate Challenge, root for Ian! I will definitely make the show extra nice, with a touch of east coast rumble and the show will be a hit! Now time to finish packing. 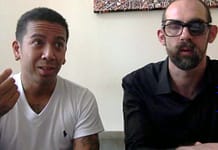