Affiliate Summit East 2012 has come and gone. Such a great show put out by Missy and Shawn Collins. One person who also has made the show unforgettable is Darren Blatt from Affiliate Ball. Not only is Darren the face of this show, he is also a great friend. This years' affiliate ball is different among the rest because this is the first time they have presented an Affy Award.

These awards are presented to individuals who have made changes to the affiliate/performance industry. I am very honored to have won along side NickyCakes, Shawn, Ad Hustler, ShoeMoney, etc. Watch this video of Ice T saying I am a snitch!

It was a great blast to receive one with the reign of users who have received the awards prior to me. I am grateful for that. This is the first time Affy awards are handed out during Affiliate Ball. With Darren heading up this show for the performance space, it will only grow. Darren has a lot of new things going for this industry, the Affy Awards is just a starting point. For example he is releasing an online community for users of the Affiliate Ball.

Btw here is a snapshot of my award. 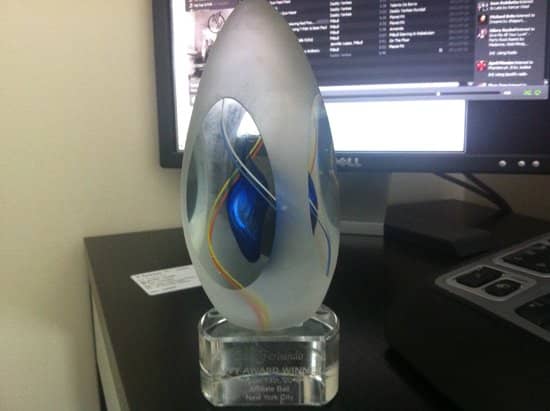 Again Thanks Darren for the Award! While I was handed the award Ice T shouted, Snitches Get Stiches - good thing Offer Snitch is a software! Remember if your affiliate network isn't on OfferSnitch, make sure they are or make sure you are watching your links. OfferSnitch will do that for you, watching failed offers going down and watching changes being made.

... also here was the chain I was wearing during the show. This definitely drew attention and I think I have a good post about how to stick out. Usually at every show, I do something which everyone remembers. 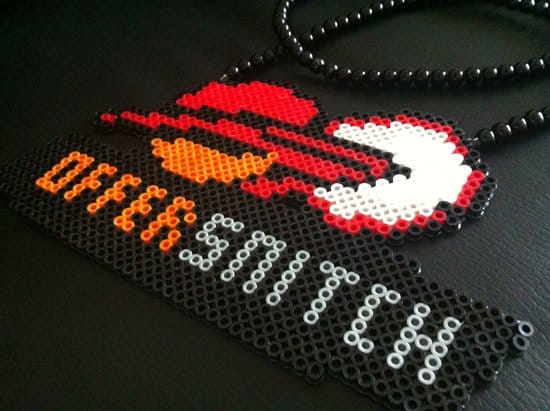