Sunday Dinner with LeadCola and Ballers

I arrived in California on Sunday and it was an early day and a long day as well. I met up with Brian Evans from DailyConversions at the airport and we went to the hotel to check in and relax for a bit. We walked around the city for a bit and then I hit up my man brother Wes Mahler to see what he was up to.

Then we got ready for the dinner sponsored by LeadCola.

The dinner was a great way to interact with big guys in the affiliate industry and talk business while having a formal dinner. I have my IANteract dinners during affiliate summit, but this was a last minute dinner put together during ad-tech San Francisco. 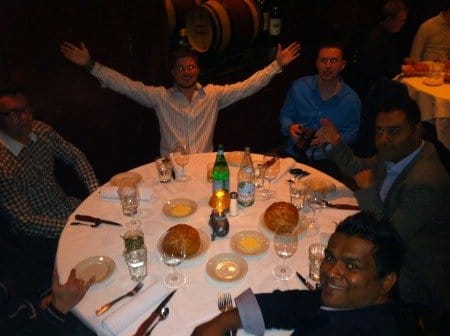 The dinner conisted of Jonathan Volk, Brian Evans, Wes Mahler, Morgan Thomas, Ian, and other great people in the industry. I got to meet Sunil, Amar and their affiliate managers at LeadCola and talk about what their network is about. When I first heard about LeadCola at Affiliate Summit, I thought they were advertisers. They are another affiliate network with a lot of projects they are going to be doing in the near future.

As far as business a lot of ideas exchanged, especially talking about improving the affiliate space and optimizing their own internal offers they currently own. I didn't tell them all the gold nuggets, just gold fragments.

The private dinner was held at Morton's SteakHouse. We had a private open bar and then we headed to dinner after some drinking. After we ordered food and talked about what the new thing to do in the online space and where it is going. I also got to talk to Jonathan Volk and explained to him to stop copying all my blog posts ideas and products! 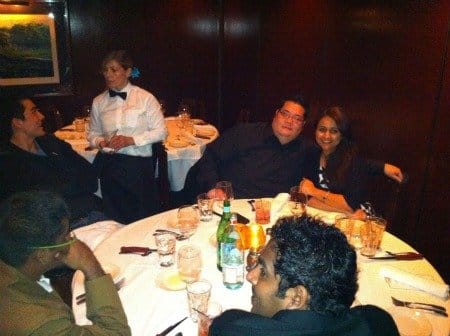 After we ate, we decided to just drink more and more. We had some wine and shots of patron. I swear we probably emptied 2 bottles of patron that night, me taking 1 by myself.

I am glad we had great people at the dinner and I was glad that it was fun and entertaining. These dinners are a great way to get to know people more indepth and establish a longer relationship in the near future.

As far as LeadCola, I want to thank them for sponsoring the dinner and allowing everyone to have such a great time.