Austin to Houston and the Day Before #ASC12

Texas is BIG, I mean really BIG. A couple days ago I posted I was flying to Texas and guess what I am sill here. I have been exploring Texas for a couple days now and let me tell you it is totally different feeling from Jersey. Everything is so wide apart, when someone says 20 minutes is close, I just look at them blankly because in 'Jersey time' thats a long distance.

Anyways, I want to update everyone what I have been doing, similar to what I did when I went to Morocco. My first couple nights was interesting I simply toured downtown Austin and went to 6th street, as that is what everyone is telling to go visit. 6th street isn't really that exciting, must be cause I am extra old and college kids kinda of annoys me.

Well I will tell you one think I enjoyed a lot in Texas, the food! Amazing. We tried out BBQs and seafood here and they are very distinguish foods. I think Thursdays for lunch we went out to Iron Works BBQ and the BBQ there wasn't the best I had but it was still compelling and good. Here is a photo I did on Instagram of the sampler BBQ I got. Essentially, I wanted to go to Franklins BBQ as it has been all over Food network but they ran out of food by the time we called. 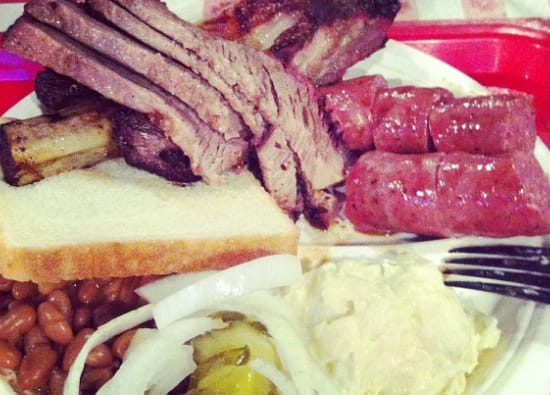 Friday cam along and I decided to head to the capital of Texas, it was only a couple blocks away from the hotel, so why not. It was 3 floors and each floor had its own conference area where I guess legislations were discussed. The time we were attending, there seemed to be a school trip that was happening and I think like 5 schools or 5 grades were attending.

Pictures from the capital building... 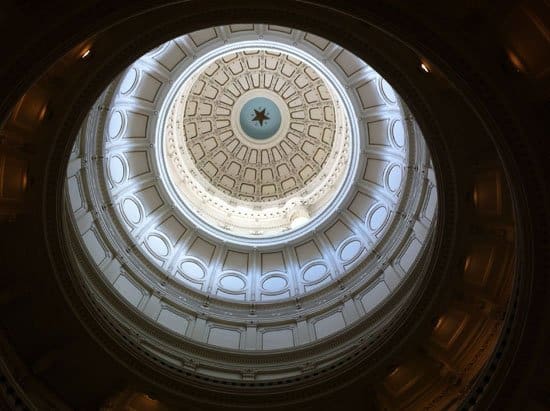 That same night we went ahead and tried to see what 6th street was all about. They blocked off the whole street for the night and it was intense. My cousin came up from Houston to show me the best places to be at during that night. It was crazy intense from bar to bar to bar. The drinking really didn't stop. Luckily they have burrito trucks and they easily cleared my what should have been a hangover the next morning.

The next day we prep and got ready to head to Houston, Texas. Austin was a bit small and I have been in Texas for almost 4 days and I felt like I didn't do much besides eat. We went ahead and rented a car and drove 3 hours to Houston. My cousin showed us around for a bit and then we headed out to downtown Houston. Again the same college scenery but it was more intense than Austin 6th street.

I had a really good time that night and thank drank the bar away while meeting a lot of new people. Everyone seemed to be very friendly here in Texas and it shows with the people you talk to.

We also went to a restaurant that was a Hooters replica called Twin Peaks, the girls here are hella cute. I had the country fried steak and damn it was filling and HUGE. 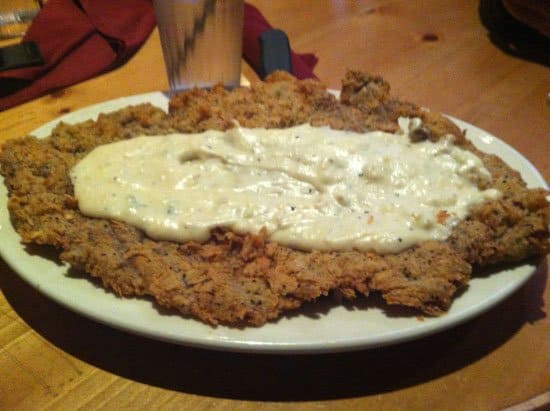 Even this chain restaurant food was good. It had mashed potatoes and vegetables right underneath it and the cream sauce was a bit heavy but still worked well with the friend steak.

The next morning we started prepping to head back to Austin, but my cousin wanted to take me to a real crawfish place called Boiling Crab. When we arrived it was a hour wait, luckily we waited only 45 mins. Still a long time for some mud bugs. Anyways, I ordered a bag of crawfish and the seasoning they use is amazing.. it was a mix of everything. 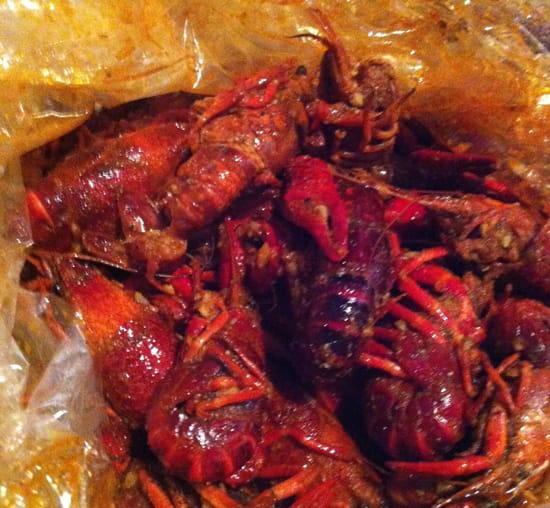 I was extra tired from driving 3 hours back to Austin, so yesterday I took the night to bed and catch up on some work. I had a lot to do so I did the catch up with calls and stats and optimize and stuff affiliate entrepreneurs do. After that I crashed, took it to the bed and relaxed. Tonight is the start of Affiliate Summit Central, where there is going to be an opening party at Maggie Maes bar on 6th street.

Hoping to see everyone there and tomorrow as that is the official day of Affiliate Summit Central! Also make sure you are following me on Twitter and Facebook to check out more photos from my trip.