This morning I am on the benchpress and benching 185. Usually this is my max since I am a small guy, but one of my friends took the 25 pound plate off and added a 35 pound plate on the already 45 plate that was there. It was a total of 205 pounds I need to bench, I only weight 145 too! I am looking at him and I was telling myself I wouldn’t be able to put it up. He told me to just get 3 in and stop being a little ‘bitch’!

I workout in the morning because it gives me a good rush and a morning wake up for my day. I feel energized when I work out in the morning. But after seeing the additional 10 pounds added on I was a little skeptical on trying to push it. I was already tired from doing chest but after being called a little ‘bitch’ I went ahead and laid down and put up 3 with a little struggle on the last rep, but I got it!

This kinda of taught me a real aspect of life to just do it. I tell myself to just do it all the time on the online world, but physically it is a different story sometimes. I was looking at the 2 plates and picturing the weight already on my chest but saying I wouldn’t be able to do it, this puts a negative feeling on the body and mind. Weight training is all about mind over matter, just thinking I can put it up 3 times showed I can probably do more. After putting it up 3 times I felt better, a little sore, but better and I look forward to push even more in the future.

So what does this have to do with blogging or making money online?

A lot actually, people look at things and over critique it. They see they will lose money or see it is a waste of time. This stops them from actually making money or being motivated. When my friend who was spotting me called me a little ‘bitch’ I was like WTF. He also says to stop making excuses and just do it. He was right, I just need to do it, plus if it ever fell on my neck or chest he is there to spot me – lol. But he simply showed me and reminded me to stop being a little ‘bitch’ and to just do the bench. This can go back to when I first started internet marketing, I didn’t want to risk anything but you need to take risk to accomplish something.

A while back I wrote about Goal Motivation and to Just Do It! It seems I am again being reminded and reminding you to just do it. Online marketing is fun to do, blogging is fun to do, networking is fun to do, there are so many things that are great about online marketing and the internet itself, it is just the fact you have to jump right in. No one will do it except you. No one will accomplish something except you. You can watch others accomplish big things while you just sit in the stand and watch, but do you want to be that person?

I find myself hesitating sometimes and saying to myself I can’t do that, I have to stop saying that and just stick to positive vibes and interests. I will be able to do it, I can do it! Those are the words I should be saying and will be saying. So it comes down to being a little ‘bitch’ or being a man about it! 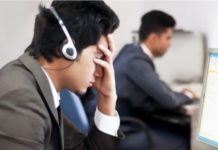 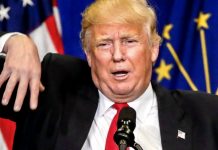