Look at my Monetizer Push Stats, Make Money by Sending UnWanted/UnTargeted Traffic to a SmartLink 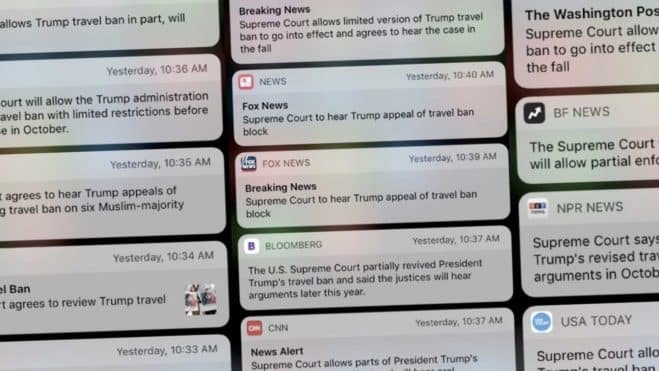 If you run traffic, you know you want to try to monetize every click as much as possible. The click is very important, you paid for it. So you want to make sure you make as much as you can from the click.

A couple of weeks ago I tested several smartlink systems in which you can generate extra revenue. Monetizer was the clear winner and they recently added push to their platform. They are growing a database of push users (subscriptions) and will share the revenue they generate through their push database with you.

I think it is a smart play on their part. They grow their own push database traffic and while they do that they pay you a % of what they make off it. I think it is fair but of course you can always do it on your own and make more money.

Here is a quick snapshot of what I have generated so far for the month of August:

So far I have generated a total of 4k subscriptions, meaning I added 4k users to their database of push subscribers. It has sent a total of 30k push alerts or push ads to those users which generated me $46.81.

In ad terms, each sub is worth just a penny ish. Hopefully, they can monetize it better, but we shall see in the coming months what it will be generating.

Anyways, how does Monetizer collect the subscribers. Well, when you send remnant traffic or non-matching clicks to your ads, they are redirected to another offer via monetizer. Sometimes on the redirect, they are given a push alert to subscribe.

Here is what Monetizer says in their backend dashboard:

Monetizer collects push subscribers from the Chrome traffic you send. We then sell ads to these subscribers and share the revenue with you. To grow your passive push income send Chrome Traffic to your Monetizer links and we'll collect the opt-in for your account.

Yup, it sends the unwanted traffic you have - whether it is back button redirect, non-matching geo clicks, non-device matches, unwanted clicks, etc; these non-targeted clicks are then redirected to your Monetizer link and then Monetizer does the rest which creates a passive income bucket for you.

They have been testing this system on their backend with a selected few and now recently has updated it to everyone on their platform. Helping advertisers make more money per click.

Yes, the argument I also gave myself is I can and should grow my own as well, but time is something I do not have with so many things I am working on, it can be a pain to manage. It is a project all in its own.

For the full month of August, here is my subscription line, this is obviously also due to the type of traffic I am running as well as me pausing traffic or turning off traffic on my own internal campaigns.

With Push traffic being on the rise and Monetizer having the technology to collect and grow their database, it is well worth it to have them in your arsonal of tools. Especially if you are trying to monetize off clicks or untargeted traffic.

It is literally extra money for you and when you are generating traffic and clicks are not converting, Monetizer can help and put a cushion between your own spend to the revenue you generate with them.

The best part is they will share any profit with you that they generate off your subscriptions, so it is a passive income scenario when you think about it.