Have You Seen Our Booth at Ad Tech?

The past couple days was tiring, literally. But also entertaining. The past 3 days I was at Ad Tech 2009 which was held at the Javits Center in NY. This one was hella big and bigger than last years in 2008.

The Javits center alone is just huge. There was a couple things that went wrong like no iPhone 3G service, I had to turn 3G off to get my phone working. But there was a lot of new traffic sources there that was worth stopping by and looking. Also it was great to meetup with everyone that is in the affiliate space and of course seeing all the networks I work with and meeting new ones. 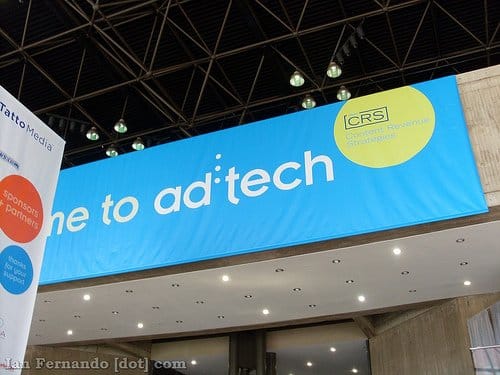 But this post is about our booth we had at Ad-Tech. I have teamed up with Ad Hustler and Bryn Media to give you a new company that is all about buying blog ad space. Ad Hustler Bryn and I was trying to generate a lead and most gave us their business cards and felt pity for our booth, I mean it was just pure awesomeness.

Ad Hustler got the first lead and many users took pictures of our failed attempt to have a booth. It was def fun talking to users and explaining that our booth was missing in shipping and that our business was all about buying blog ad space.

Everyone was asking us about our 'company' and we just or Ad Hustler came up with the good idea of buying blog space. So we all just took it and ran with it. I was busy regulating users not walking through our booth. If you weren't at Ad-Tech then you should have been. A lot of information and a lot of fun.

Next couple days will be a revamp of the trade show.